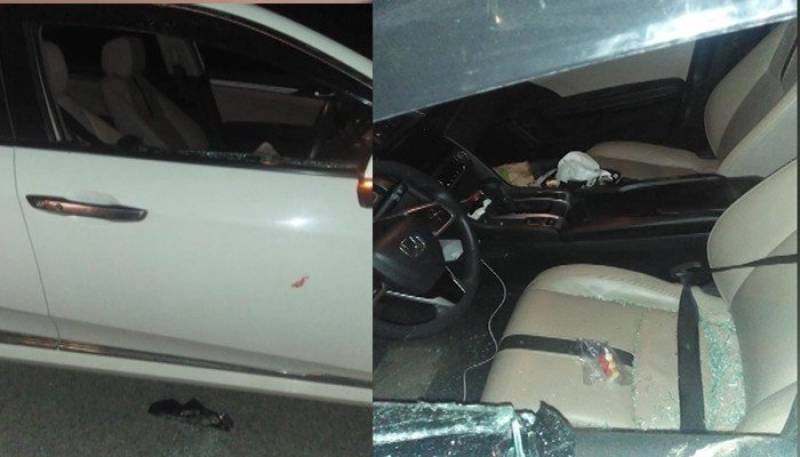 A notification issued by the authority said that directions have been issued in the light of the orders passed by an anti-terrorism court in Lahore in the said case.

It further said that the airing of content related to the probe in the case will damage the "the evidentiary worth of the material collected by the prosecution". 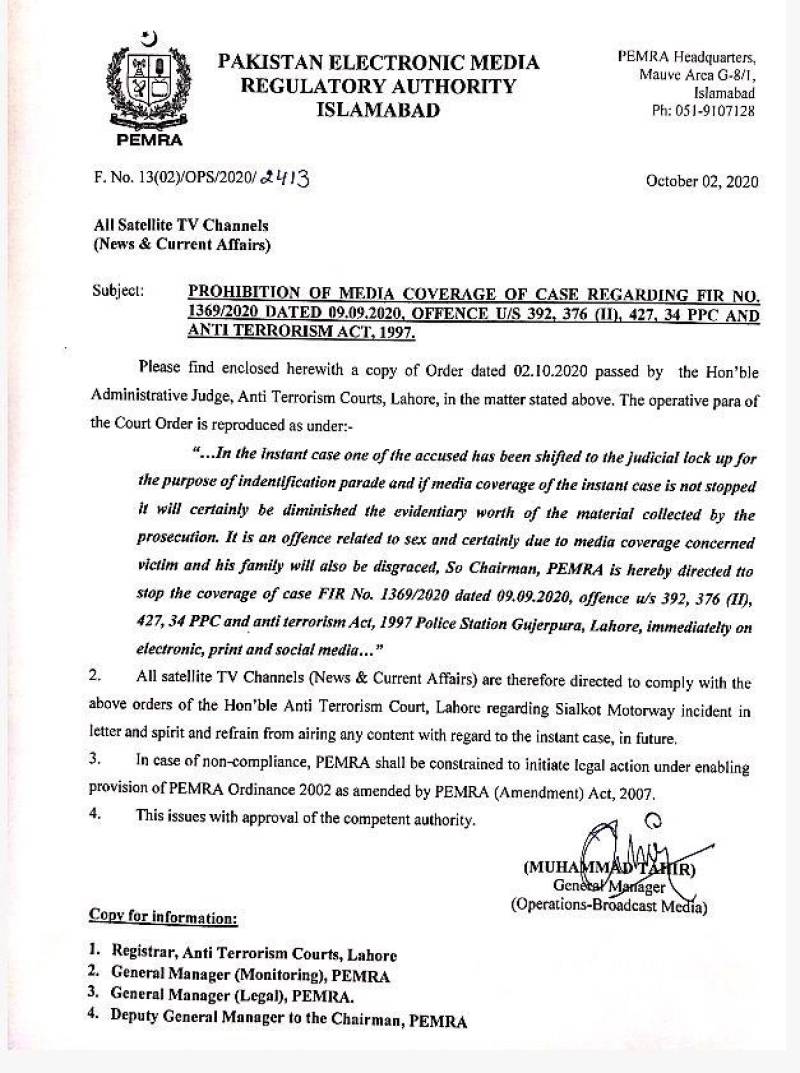 Pemra reproduced an operative para of the court order stating “It is an offence related to sex and certainly due to media coverage concerned victim and his family will also be disgraced”.

The authority has directed all news channels to refrain from airing any content related to the case. It also warned that legal action will be taken against the violations.

Last month, two robbers allegedly gang-raped a woman on Lahore-Sialkot Motorway when her car was ran out of fuel and she was waiting for help.

Police have arrested one of the suspect while another key accused Abid malhi Malhi is still on the run.