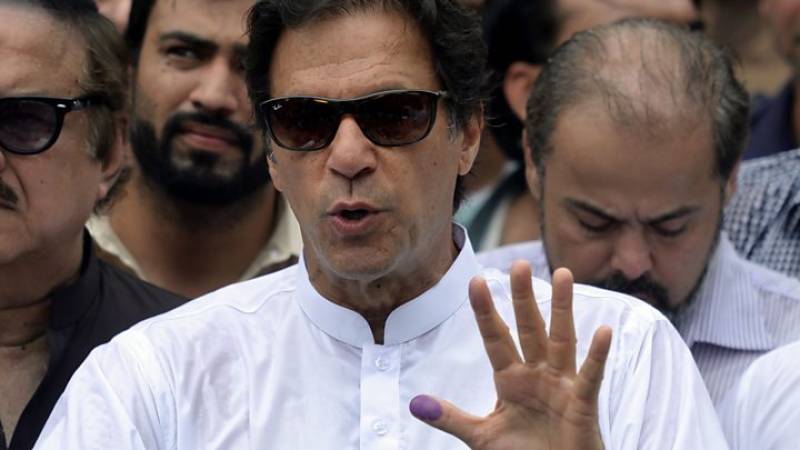 Prime Minister Imran Khan’s visit to Saudi Arabia is a good opportunity to review Islamabad’s vital strategic and security interests in the Gulf and the Middle East.

Three good reasons compel such a review at this time, and there is no better place than Riyadh for Pakistan to start this long-overdue assessment.

First reason: Pakistan was pushed out of the Gulf and the Mideast in recent years, and some states in the region deployed disinformation operations inside Pakistan to push for disengaging Islamabad from traditional strong regional relationships; ties that benefited all Pakistanis without distinction. This disinformation caused paralysis in Islamabad, blocking timely decision-making, rupturing old Gulf alliances, and giving India an unimaginable opportunity, which it seized.

The second reason why Prime Minister Khan’s visit is timely: there is genuine excitement in the Arab media over political changes in Pakistan. The last time media and elite in the Middle East were hooked to political change in Pakistan was in 1988, when Benazir Bhutto came to power as the first woman prime minister in the Islamic world; and in 1999 when then-dynamic Gen. Musharraf seized power.

In both instances, Arab media raved about how stability and progress finally looked achievable in Pakistan. The nuclear tests of 1998 were also a moment of real jubilation about Pakistan in the Gulf media. But nearly two decades have passed since 1999. Musharraf exited without stabilizing the country, and Pakistani politicians failed to impress anyone internationally, until Imran Khan’s rise. Today, Arabs are smitten by Pakistan’s ability to cut through the political mess and bring a glamorous sportsman to power.

The third reason is strategic and economic: world powers are moving to secure their interests in the Gulf and Mideast. One of them, China, is cutting a road through Pakistan to reach the Gulf. This is no time for Islamabad to stay back, especially when major economic, strategic and security interests are at stake. It is no secret that Pakistan is not in the best shape internally to venture outside, but it would be a folly to leave space in important places to be filled by inimical powers.

Pakistan faces a strategic challenge in the Gulf: the region hosts the largest Pakistani diaspora in the world (considering both temporary and long-settled Pakistanis), sending billions of dollars in foreign remittances (nearly $5 billion in 2018). Pakistan’s oil and gas needs are supplied by Gulf states, on easy terms when needed, and Gulf states have generally supported Pakistan through western sanctions. In return, Pakistani military training programs mean that politicians and military officers across a region extending from the Gulf to Lebanon to Egypt constitute a natural source of political support for Pakistan.

This natural source of goodwill for Pakistan should not be abandoned. It should be developed and taken to the next level. Unfortunately, disinformation in Pakistan in 2015, during the debate on the Yemen war, created pressure on Islamabad to abandon its allies in the Gulf. While it is true that Pakistan was busy at the time in the most crucial phase of its own anti-terror war, the disinformation campaign, exploiting fault lines inside Pakistan, tied the hands of the government and prevented it from exploring other options to support longtime allies. This dealt a blow to Pakistani strategic interests in the Gulf and provided a diplomatic opening to India that was nearly impossible before 2015. More interestingly, the episode showed how prone Pakistan is to disinformation operations by states in the region.

Destabilization of the Gulf region through Yemen threatens Pakistani interests, and Islamabad should deploy its diplomatic arsenal to end foreign meddling in Yemen. The war is prolonged by rebels, the Houthis, who receive foreign backing from Hezbollah and Iran. This war has one objective: to destabilize Saudi Arabia and the Gulf region along the lines of Iraq and Syria, basically taking down the last bastions of Arab stability and prosperity. If this were to happen, it would directly impact Pakistan.

If Saudi and Gulf are destabilized, millions of Pakistanis will lose their jobs, their businesses, and Islamabad will be deprived of crucial diplomatic and political support. (Recently, Saudi Arabia and the UAE quietly mediated between old allies Islamabad and Washington (so did Turkey and Jordan, reportedly). The closure of the Strait of Hormuz will hit Pakistan’s energy supplies.]

Islamabad and Riyadh are two powerhouses in the Muslim world. Riyadh is an energy titan that has started asserting its political and military influence to protect interests in a chaotic region. And Islamabad is the Muslim world’s only nuclear power that helped the Free World defeat communism and is rising from a series of wars on its borders that stopped it from realizing its full potential.

Russia entered the Syria war to retain its Mideast interests. China is investing billions to link itself directly to Gulf, and Iran is spreading itself thin waging wars across the region. And India is waiting in the wings in its establishment’s eternal wet dreams of isolating Pakistan. Anyone who tells Pakistan to abandon its presence and alliances in the Gulf is not speaking in the country’s interest.

Islamabad has been reviewing its relations across the region for some time now. The summit meeting in Riyadh is a good opportunity to affirm some principles of Pakistani policy so our allies and competition can understand where we stand.