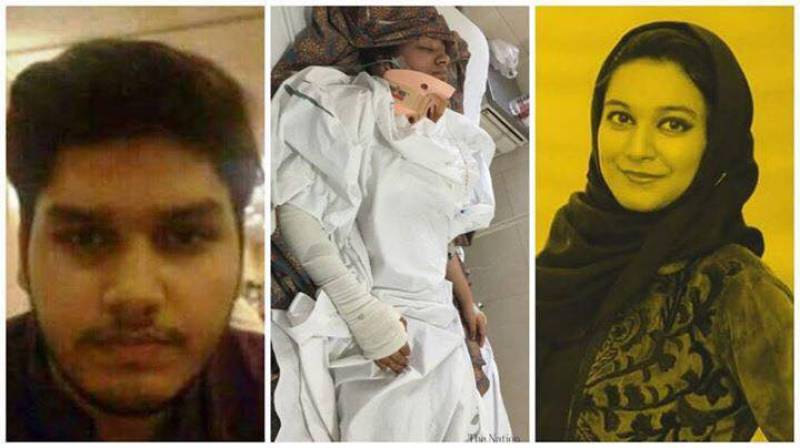 LAHORE - The country’s top court has formally accepted Khadija Siddiqui’s appeal against the Lahore High Court (LHC) verdict that acquitted Shah Hussain, who had earlier been sentenced to prison for stabbing Siddiqui.

Hussain, a former classmate of the victim girl, was ordered to submit a bond amounting to Rs0.1 million during the Wednesday’s hearing.

Earlier, the case was transferred to Justice Asif Saeed Khosa of the Supreme Court.

Chief Justice of Pakistan Mian Saqib Nisar had summoned the case’s record on Tuesday, a day after the LHC acquitted Shah Hussain of all charges.

The LHC verdict in the case had shocked the nation that had supported the law student’s fight for justice after being stabbed 23 times.

After the verdict which gives the attacker a clean chit, Khadija had announced that she would challenge it in the top court.

Siddiqui, a law student, who was allegedly attacked by her class fellow, Shah Husain, on May 3, 2016, near Shimla Hill, Lahore where she along with her driver had gone to pick her younger sister from school.

Both sisters were about to get into their car when the helmet-wearing suspect Hussain attacked Khadija with a knife and stabbed her 23 times leaving her critically injured.

She was saved by her driver, who had tried to overpower the attacker, forcing him to flee from the scene.

A few days later, the injured Khadija had identified her attacker and got him booked on charges of attempted murder.

Civil Lines police had registered a case against Shah Husain who is the son of lawyer Tanvir Hashmi.