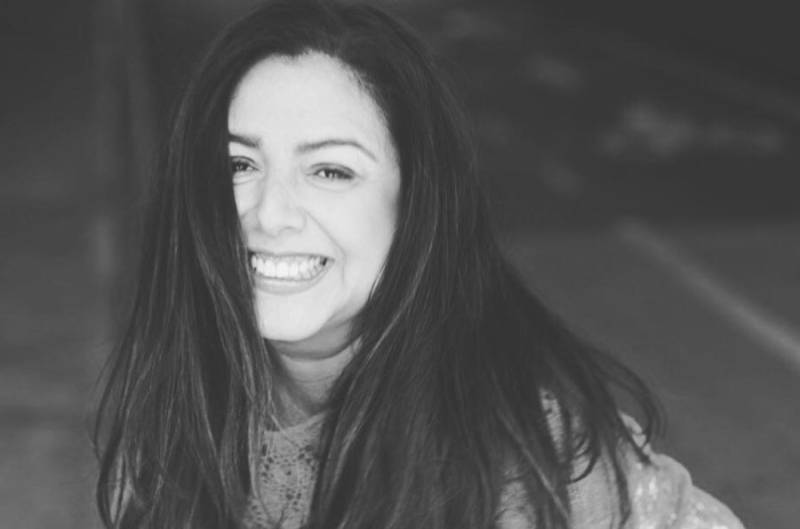 NEW YORK- In 2015, Bangladeshi-American writer Sharbari Zohra Ahmed wrote an entire episode, and co-wrote another for the first season of ABC's Quantico starring Priyanka Chopra. That season itself had nine other writers and the show, which is into its third season, has roughly 30 writers on its roster. Ahmed happens to be the only Muslim woman on that list.

A few days after social media erupted in outrage over an episode in the third season which suggested India had hatched a terror plot and actor Priyanka Chopra was relentlessly attacked, the Hindutva troll machinery discovered Ahmed. Ahmed's name is neither the first, nor the only one that surfaces if you run a search on Google for 'Quantico writer'. The writers who have written a majority of the episodes are American, non-Muslim men and yet, Ahmed woke up to a flurry of violent rape and murder threats in all her social media profiles.

It doesn't take a genius to figure why Ahmed -- who is not remotely associated with the controversial episode -- was singled out. There's an Indian name as well on the list of writers but the surname suggests the person is a Hindu Brahmin. Whereas, Ahmed -- a Muslim and a woman -- is exactly the gender and religion that India's Hindu far-right troll machinery feeds its abuse appetite with.

One comment on Twitter said: "Care to explain your wildest fantasy while you wrote Quantico with Indians being masterminds of an attack? Does this stem from a deep-rooted bias, hate, anti-Hindu, pro-Islam conditioning of your fragile mind?"

Ahmed says she hoped that once they realised she had nothing to do with the episode, the fury would die down. But it did not.

"The level of hysterics crescendoed very quickly," she says, adding, "It has grown really vitriolic with threats of rape and violence even toward people supporting me." 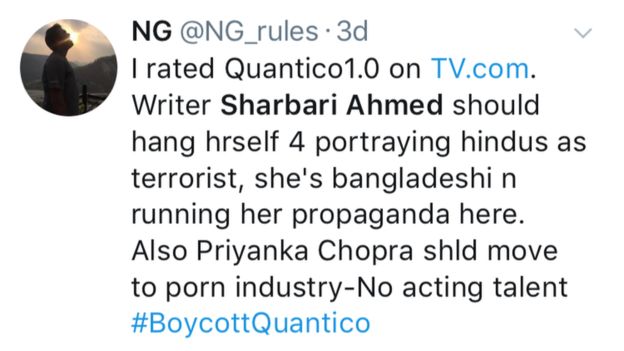 She says the angry voices cast her as the Muslim agent of a "diabolical anti-Indian and anti-Hindu propaganda machine that is deliberately spreading hate through this show".

"All they had to do was search Google or look at the screen credits to find out the facts," she says.

The episode, The Blood of Romeo, aired on 1 June in season 3, and showed the main character, Alex Parrish (played by Priyanka Chopra), stopping an attempted terror attack.