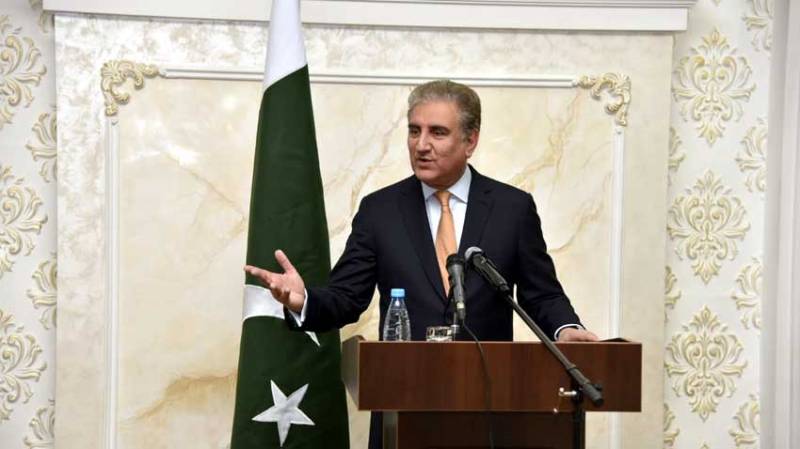 Addressing a gathering of Pakistani community in the Kyrgyz capital, he said commonalities of culture, religion and traditions could bring Pakistan closer with Central Asia.

The foreign minister said the government had taken steps to promote tourism as a mean to develop people-to-people contacts with other countries and also relaxed its visa regime to encourage foreign tourists.

Owing to scenic beauty, he said the Central Asian states could become a good holiday destination for Pakistani tourists apart from their usual trend of heading towards the West.

However, he regretted that absence of direct air links between Pakistan and Central Asian countries could be an impediment which needed to be worked out.

ISLAMABAD – Prime Minister Imran Khan reached Bishkek, Kyrgyzstan to attend the 19th meeting of the Council of the ...

Qureshi said around 2,600 Pakistani students were studying at various educational institutions in Kyrgyzstan, adding they could prove themselves as best ambassadors by promoting country's positive image abroad.

He said expatriate Pakistanis had a greater role in creating enabling environment and goodwill with Kyrgyzstan.

The foreign minister apprised the Pakistani community of the government's recent measures to strengthen national economy and said it was a matter of concern that half of national revenue was being diverted to debt servicing.

He mentioned that only two million citizens were paying tax, of which 0.6 million were salaried individuals whose tax was deducted at source.

Qureshi said the government's amnesty scheme for declaration of assets was an opportunity for the people to whiten their money, in the best interest of themselves and for the country.