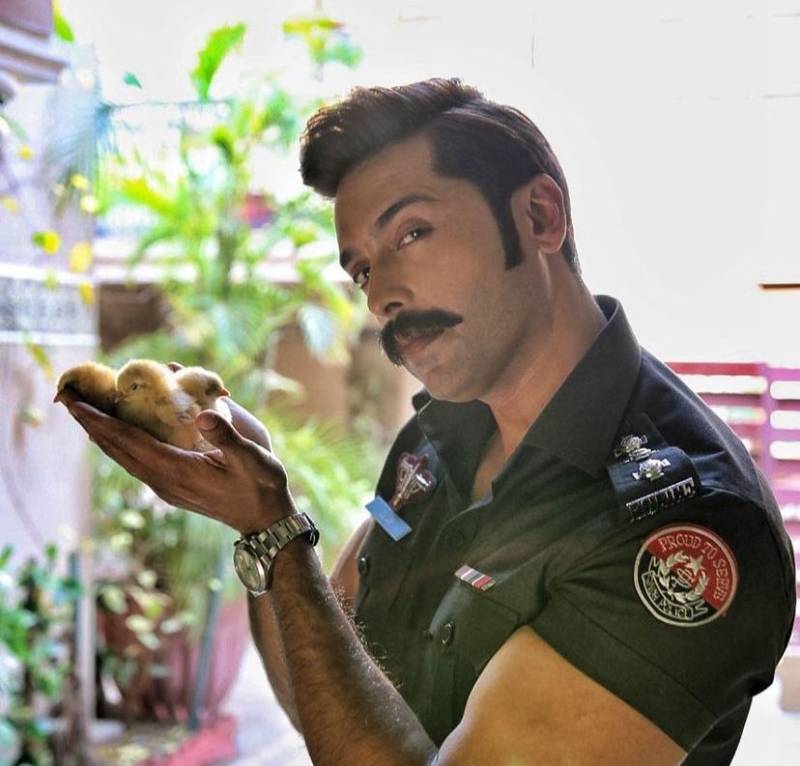 Children of Pakistan's heartthrob Fahad Mustafa have recreated the upcoming film Quaid-e-Azam Zindabad’s trailer and the video is super cute and adorable.

The aforementioned shows the Load Wedding actor's son channelling his father's character and it's safe to say that acting genes surely run in the family.

The funny video is spreading like wildfire online and winning hearts. Produced by Qureshi and Fizza Ali Meerza, the upcoming film is an action-comedy that follows the story of a notorious cop, played by Mustafa.

Earlier, Mustafa was spotted talking about the late Dr Aaamir Liaquat during the trailer launch of his upcoming film with Mahira Khan.

In a short interview, Mustafa commented, “Aamir Liaquat was the pioneer of Ramadan transmission, and everyone knows we started emulating his style and structure.”

"I’ve always credited my success to him because I’ve always looked up to him, and whatever happened to him in his latter days was painful, and I used to pray for him; now that he’s gone, we should continue to pray for him,” he concluded.