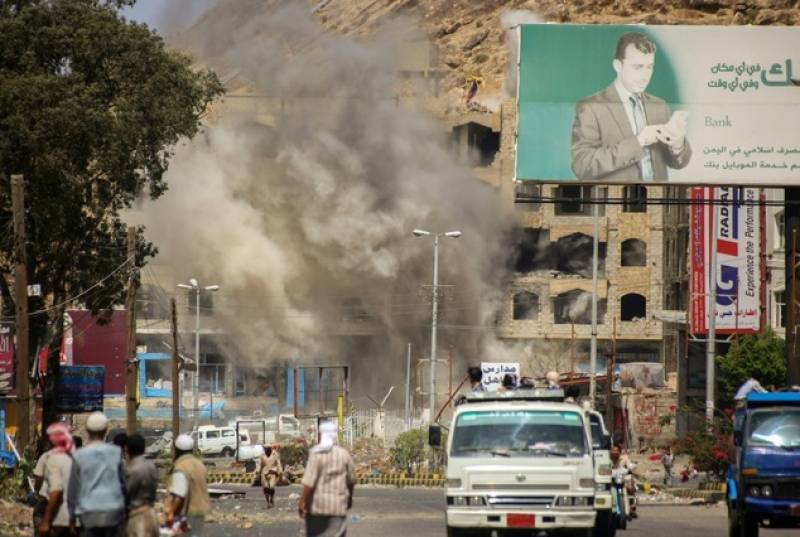 ADEN (APP) - At least 17 suspected Al-Qaeda militants and two policemen have been killed in two days of clashes in Aden, the temporary base of Yemen's government, security sources said.

The clashes, which resumed early Sunday, came as loyalist forces pressed an offensive to retake third city Taez in the southwest of Yemen which has been under siege for months by Huthi rebels.

The fighting in Aden raged in the jihadist stronghold of Mansura, a residential area which loyalist forces backed by aircraft from a Saudi-led coalition have been trying to recapture since Saturday.

"At least 17 Al-Qaeda fighters and two policemen have been killed since Saturday," a security official told AFP, adding that most of the jihadists were killed in air raids.

Dozens of gunmen in balaclavas carrying the Al-Qaeda flag deployed to push back police trying to enter the central Aden neighbourhood, witnesses said.

The police said in a statement that fighting against the "armed terrorist gangs in Mansura will continue to ensure the safety of residents" in Yemen's main southern city. Security sources estimate that around 300 heavily armed Al-Qaeda fighters are entrenched in Mansura.

Al-Qaeda and the Islamic State group have taken advantage of the conflict between Iran-backed Huthi insurgents and pro-government forces to reinforce their presence in the south, including in Aden.

Meanwhile, pro-government forces clashed with Huthi rebels Sunday as they tried to break a siege ofTaez after retaking the city's southern and western suburbs on Friday, loyalist military sources said.