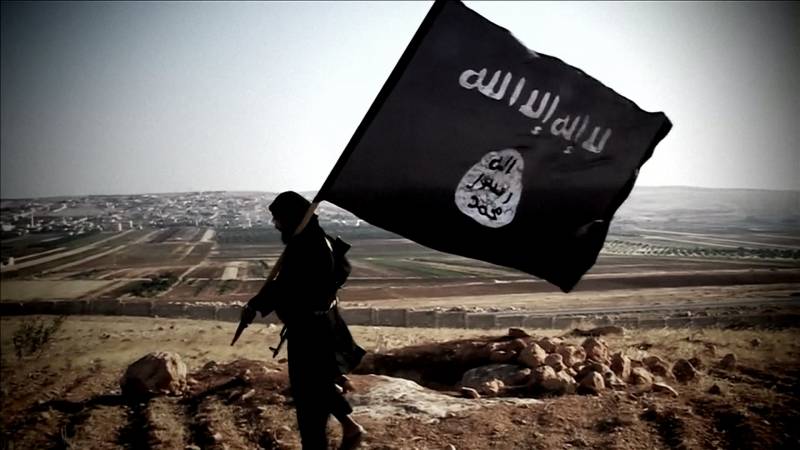 The Iraqi military and its allies have nearly defeated Islamic State in its final and largest Iraqi stronghold of Mosul. Prime Minister Haider al-Abadi said during his recent visit to Mosul that the defeat of Islamic State militants in Mosul is “inevitable”.

Even Islamic State chief Abu Bakr al-Baghdadi has issued a statement acknowledging his group’s defeat in Iraq and calling on supporters to either flee or carry out suicide attacks. But a very significant question arises: Can decades long Sunni insurgency be ended just by crushing Islamic State? The answer is obviously not. According to a new report, a new Sunni insurgency is taking root in Iraq as the U.S.-led coalition continues to weaken the Islamic State's territorial strongholds, particularly in Mosul.

The Washington D.C.-based Institute for the Study of War warned that al Qaeda's top leadership will likely capitalize on ISIS's continued losses and attempt to gain influence within splinter militant groups opposed to the Shia-led government of Iraq. Al Qaeda has remained active in Iraq despite being overshadowed by ISIS. Al Qaeda leader Ayman al-Zawahiri last August urged its Syrian branch to rebuild alliances in Iraq and resume a "long guerrilla warfare."

Jaysh Rijal al-Tariqa al-Naqshbandia (JRTN), a neo-Baathist insurgent group, harnessed the 2013 protest movement now it’s preparing to stoke its own full fledge insurgency. JRTN earlier infused the anti-government protest movement with revolutionary rhetoric and traditional Baathist branding. It is very evident that a permissive environment is emerging for another Sunni insurgency in the vacuum of control left by ISIS, into which other actors would surely emerge. So just by defeating one group the Sunni insurgency can’t be put to an end. The grass root problems which fan this kind of insurgency has to be addressed if we want long term solutions.

Sectarian tensions between Sunnis and Shias is not a new phenomenon in Iraq but in last decade Sunnis have been marginalised and pushed to the edge in the country. Iraqi Sunnis are disillusioned by the monopolization of power by a few Shia elite. Sunnis fears they are at risk of becoming a dispossessed underclass in lands they once ruled and the repeat of the cycle of marginalization which was practiced by all Shia-dominated governments since 2004.

A Sunni politician in Baghdad says Americans raised the Kurds, Iran raised the Shias, but we, Sunnis, are like abused children.  “We’re the orphans of Iraq.”

Militia’s extrajudicial execution, forcibly disappearance and destruction of homes and property this is what Iraqi Sunnis are currently subject to. Amnesty international states in a report that thousands remained detained without trial on suspicion of links to IS. Torture in detention remained rife. Courts sentenced terrorism suspects to death, frequently after unfair trials.

Executions continued at a high rate. Sunni heartlands are mostly on the frontline or in areas under IS control, while hostility from Shias, Kurds and others make it difficult for them to establish new lives elsewhere. The numbers are uncertain, but a rough estimate indicates that of Iraq’s perhaps 7 million Sunni Arabs, some 2.5 million are displaced, many of them now in Iraqi Kurdistan where they have to renew permits every four months, as if in a foreign land. Some 1.5 million have left Iraq altogether. In the name of fighting terror, Kurdish and Shia militias chased Sunnis off their lands, first in southern and northern Iraq and then in its centre. Checkpoints put Sunnis under a Shia siege, and in large parts prevent a mass Sunni return.

Outcome will be disastrous if conditions are not set to help Sunni Arabs in Iraq to address their original and mounting grievances as increased levels of sectarian tensions increase the ability of insurgents to capitalize on social conditions. An end to Iraq’s sectarian warfare is a prerequisite to shift the political focus away from questions of state legitimacy and toward those of state efficiency, corruption, and service delivery. These are key to the stability and sustainability of the Iraqi state where nationalism should prevail above sects and religious beliefs.

Successful resettlement and reconstruction efforts that earn the Sunni population’s trust in the Iraqi Government can prevent Salafi Jihadi groups from finding openings to resurge. The U.S. should also help address the underlying issues that fuelled the Sunni insurgency and remain active in shaping Iraqi’s political reconciliation efforts and encouraging inclusive governance.

The U.S. should have the expectation that it will remain involved in some capacity in Iraq in order to ensure that anti-ISIS gains stick and that it has resolved the conditions that allowed insurgent groups to arise in 2013. Every stakeholder in the country agrees that Iraq needs a civil modern democratic society a state founded on the basis of equal citizenship for all its people. Without a durable post-ISIS strategy of national integration soon the country will be in a greater chaos.

The author is a columnist for Middle-East and Af-Pak region and Editor of geo-political news agency ViewsAround (VA) can be reached at manishraiva@gmail.com

End of the night for Junoon, a new dawn for Pakistan

"New" men at Q-Block: It’s NOT just the Economy, Stupid