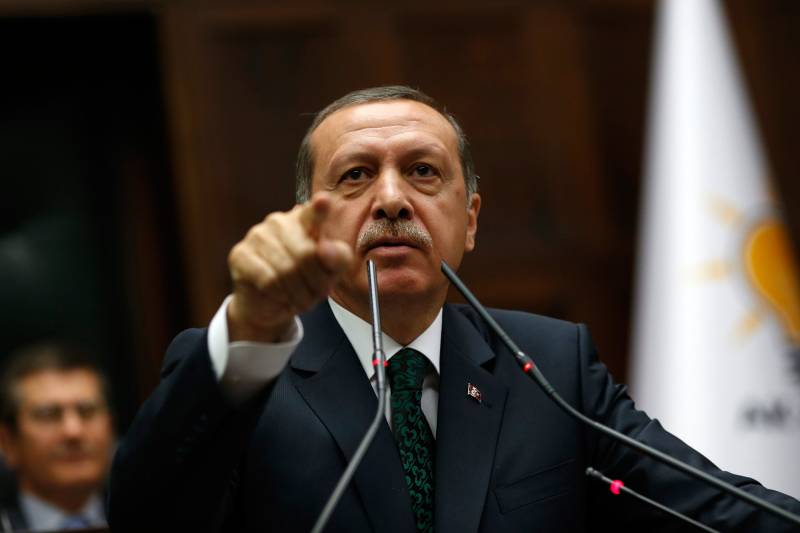 ISTANBUL - President Tayyip Erdogan said on Sunday the Netherlands was acting like a 'banana republic' in the purview of barring Turkish ministers from speaking in Rotterdam.

Speaking at an event in Kocaeli the Turkish leader called on all international organisations in Europe and elsewhere to impose sanctions on the Netherlands.

The row between the two countries started when Rotterdam authorities banned a rally in the city intended to lure in support for the next referendum in Turkey.

Turkish President @RT_Erdogan has stepped up attacks on the Netherlands comparing it to a 'banana republic'. https://t.co/mMT4PIMktd pic.twitter.com/kmvfq8T0mE

Reccep Tayyip Erdogan is eyeing a victory regarding a Yes/No referendum next month that would help him accumulate more powers for which he is convincing expatriates to vote for him.

The rallies planned by Erdogan administration in Netherlands were cancelled thus serving as an impetus to exchange harsh words.

Moreover, the Dutch Government refused to let the Turkish foreign minister's plane land in the country and prevented Turkish Family Affairs Minister to enter the Turkish consulate in Rotterdam.

The Dutch government said in a statement it had withdrawn the permission because of risks to public order and security caused by the proposed visit.

Addressing a rally in Istanbul on Saturday, Mr Erdogan said of the Dutch: 'They do not know politics or international diplomacy".

"You can stop our foreign minister's plane all you want, let's see how your planes will come to Turkey from now on," Erdogan said trumpeting tough diplomatic days between the two countries.

On the other hand, Dutch Prime Minister Mark Rutte said on Saturday he understood Turkey's anger, but Mr Erdogan's 'Nazi' and 'fascists' remarks were crazy and way out of line.