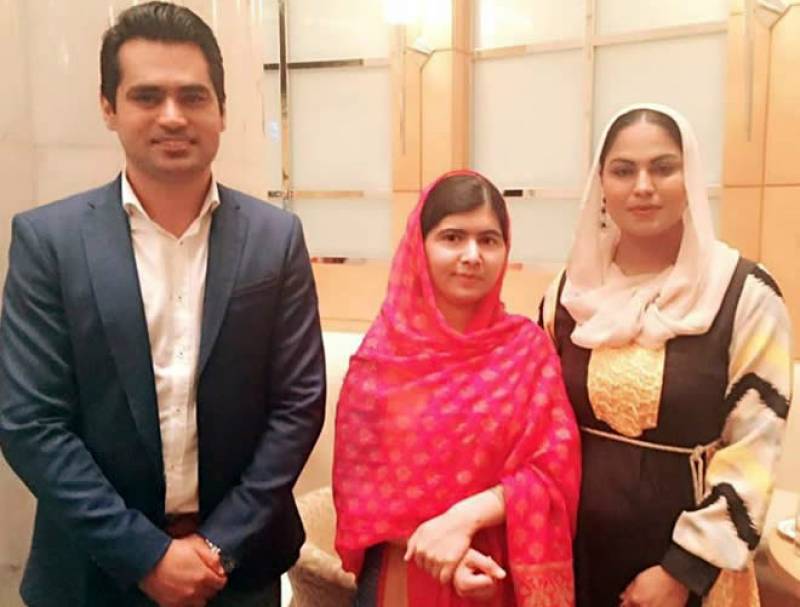 LAHORE - Veena Malik who applied for 'Khula' (dissolution of marriage) last week is reportedly reviewing her decision as the young Nobel laureate Malala Yousafzai is mediating in the rift between Veena Malik and Asad Khattak.

According to reports, Malala and her father - who are on good terms with Veena and Khattak - have contacted the couple in an attempt to convince them to reconcile.

Meanwhile, two religious scholars are also engaged with the couple to help them save their marriage. One of the scholars hails from Karachi while the other belongs to Tableeghi Jamaat, media reports said on Monday.

They have reportedly instructed Khattak to maintain an even temperament, as they try to talk Veena out of the khula.

Meanwhile, sources said that Veena has assured these personalities that she will review her decision to obtain divorce.

Earlier, Asad Khattak had expressed his strong desire for reconciliation with Veena Malik to save their marriage.

“I still love you and our children a lot,” Asad told Geo News.

“Veena, I am really sorry if I have hurt you or I bothered you in any way,” he remarked.

InshaAllah everything will be sort out soon... I have faith on Allah swt... @iVeenaKhan you are my good wife, a good friend.. I LOVE U ❤❤❤