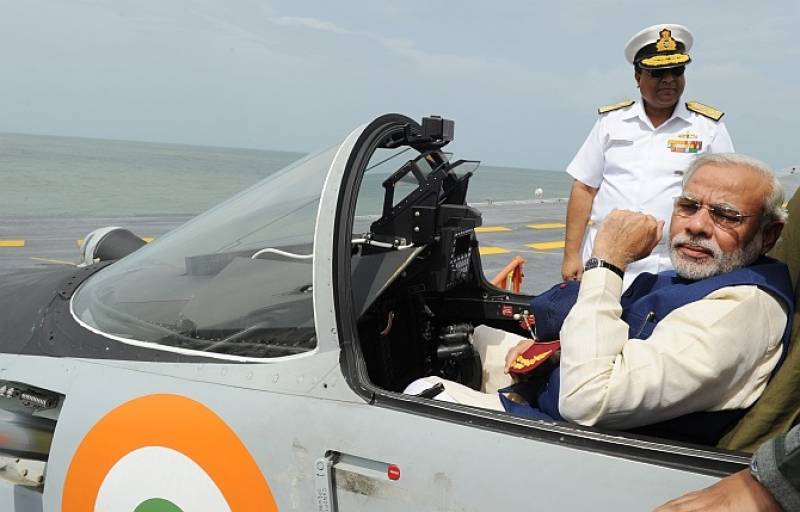 NEW DELHI - Indian premier Narendra Modi came under fire after he divulged his 'pearls of wisdom' about the radar technology and how cloud cover helps fighter jets escape undetected.

In an interview to a local TV channel, the premier revealed details about the alleged February surgical strike adding that the cloud cover could help the Indian aircraft penetrate into the Pakistani airspace without any detection by radars.

“During a review (of the Balakot plan), by and large, the opinion of experts was – what if we change the date. I had two issues in mind. One was secrecy... second, I said I am not someone who knows the science. I said there is so much cloud and rain. There is a benefit. I have a raw wisdom, the clouds can benefit us too. We can escape the radar. Everyone was confused. Ultimately I said there are clouds... let’s proceed,” he said.

Here is the clip where Modi is clueless about radar yet gives Gyan pic.twitter.com/mEEMTrXVnN

In his interview, believed to be scripted, Modi also revealed that he was a tech-savy individual, having used the digital camera even before the 1990s.

"Around 1987-88 I used digital camera for the first time. Very few had email at the time. There was an Advani rally. At that time the digital camera used to be this big (motions with his hands). I had a digital camera. I took a photo of Advani and transmitted it to Delhi. A colour photo was printed. Advani ji was surprised and said how did my colour photo appear today?"

He even said he had access to email in 1987-88, But in reality VSNL started internet services in 1995.#CloudyModi pic.twitter.com/neHOdxETco

Modi's wisdom about the radar technology triggered meme storm on social media with netizens arguing about the ability of man vying to lead the world's largest democracy.

Indian aircraft violated the Line of Control in February after the Pulwama attack which took the lives of over 40 Indian soldiers; New Delhi pinned blame on Pakistan without furnishing any credible evidence and claimed to have carried out a strike at Balakot area.

Indian Air Force repeated the same mistake a day later, however, this time Pakistani Air Force engaged in a dog fight and shoot down two aircraft while capturing a pilot alive; the pilot Abhinandan was later set free as a gesture of peace by Pakistan.