Pilot was drunk during ShaheenAir crash landing in Lahore 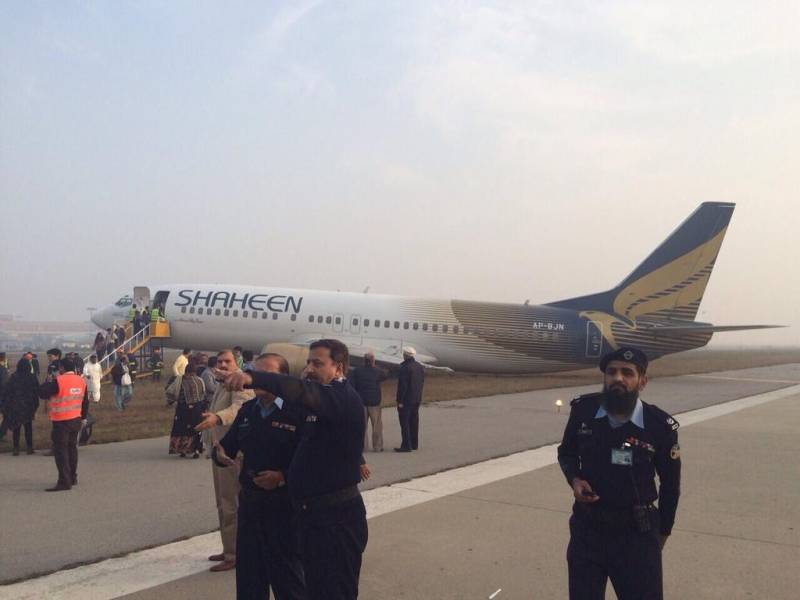 LAHORE (Web Desk) - The pilot of a Shaheen Air International plane, which escaped a major disaster during an emergency landing in Lahore earlier this month, was under the influence of alcohol, a medical report has revealed, Geo TV reported on Friday.

Another conflicting fact in the report reveals the pilot was suffering from lack of sleep at the time of the emergency landing on November 4.

The Boeing 737 with 121 people on board skidded off the runway soon after landing, about 1,000 feet short from the end into a grassy patch 70 feet west of the runway at Allama Iqbal International Airport (AIIAP).

All passengers and crew on board the NL-142 Karachi to Lahore flight remained unhurt and were evacuated via emergency escape chute, but the aircraft's landing gear, windows and right wing were damaged in the landing.

According to a spokesman for the Civil Aviation Authority (CAA), investigation into the accident has not yet been completed, however, medical reports have confirmed that the pilot was tired and had consumed alcohol before the flight.

The pilot had consumed more than the permitted amount of blood alcohol and had not rested the required hours before the flight, said the CAA spokesman.

During a recent meeting in Karachi presided by Director-General CAA Amjad Ali Toor, the aviation authority has advised all airlines to ensure their pilots are in optimal condition before flights.

He said that the DG CAA took a serious view of this incident and directed the representatives of the airlines to take all possible measures to ensure passengers' safety on a priority basis.

The CAA spokesman said that the DG CAA also emphasised that all operators need to be more vigilant to avoid such misconduct among their cockpit and cabin crew to avoid such incidents in the future.