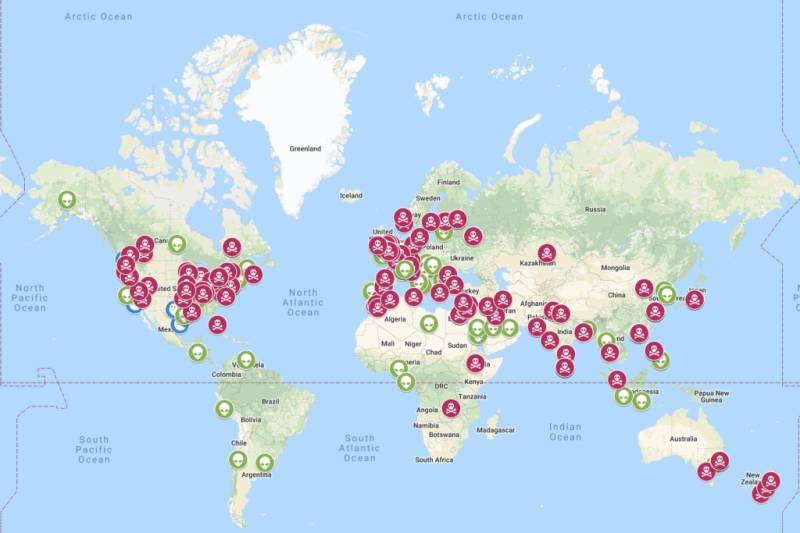 An international non-government organization has uncovered a slew of fake local news sites in more than 65 countries managed by Indian influence network with a key aim to cunningly portray Pakistan in negative way.

Over 265 sites, which are designed to influence the European Union and the United Nations by repeatedly criticising Pakistan, have been identified by EU Disinfo Lab, an NGO that researches and tackles disinformation campaigns.

In early October, the European External Action Service’s East StratCom (the EU Disinformation Task Force) found that – eptoday.com – the website of a self-proclaimed magazine for the European Parliament in Brussels – had been re-publishing a large amount of news directly from Russia Today and Voice of America since long.

“Among this syndicated content, we unexpectedly found a large number of articles and op-eds related to minorities in Pakistan as well as other India-related matters,” the NGO said.

It revealed that EP Today is managed by Indian stakeholders, with ties to a large network of think tanks, NGOs, and companies from the Srivastava Group.

“We also found that the IP address of the Srivastava Group is also home to the obscure online media “New Delhi Times” and the International Institute for Non-Aligned Studies (IINS), which are all based at the same address in New Delhi, India”.

A few weeks later, 27 Members of the European Parliament were invited by IINS to visit Kashmir and to meet with Prime Minister Modi. This was covered by the press, and journalists began to link our discovery to the funders and organisers of this “controversial visit”, the International Institute for Non-Aligned Studies (IINS) and the direct entourage of EP Today.

The EU DisinfoLab continued its investigation into the network, using OSINT (Open-Source Intelligence) techniques, leading it to Geneva, where the UN Refugee Agency has its headquarters.

It further discovered that timesofgeneva.com – an 35-year-old online newspaper is strangely publishing the same type of content as EP Today and produces videos covering events and demonstrations criticising Pakistan’s role in the Kashmir conflict.

“We found hard evidence that both EP Today and Times of Geneva have extremely strong ties with a network of NGOs and think tanks, such as the European Organization for Pakistani Minorities (EOPM), and Pakistani Women’s Human Rights Organization. Specifically, the websites of these NGOs and think tanks are hosted on the same servers and/or staff have worked for one of these previous organisations while publishing articles for EP Today.”

It lso proved that the two influence networks (Brussels and Geneva) were interconnected by discovering links between website registration addresses, email addresses, and domain names.

The NGO further added that both networks serve lobbying interests, with Brussels towards the European Union, and Geneva focusing on the United Nations. These organisations have been active for several years (at least since 2010 for EP Today). 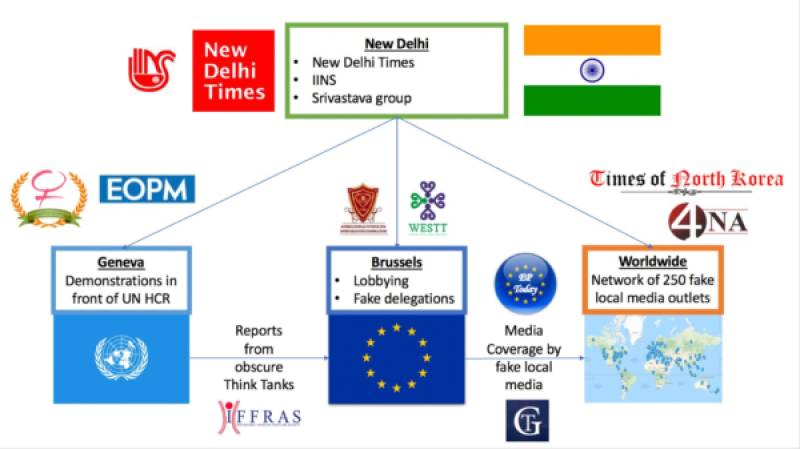 Digging further into servers, IP Addresses, and Twitter accounts, the investigators found 4newsagency.com, which presents itself as a “synergy between 4 news agencies from Switzerland, Belgium, Thailand, and Abu Dhabi (UAE)”, with “teams located in 100 countries”.

It observed that the 4 news agencies operate in the same mode as EP Today and Times of Geneva:

Tipped off by 4newsagency.com itself and by the presence of Canadian and American (now offline) NGOs and think tanks on the same servers as EP Today and Srivastava Group, it discovered an additional network of over 265 resurrected media in more than 65 countries, following a similar modus operandi.

Most of them are named after an extinct local newspaper or spoof real media outlets;

Coverage of the same Indian-related demonstrations and events;

Why have they created these fake media outlets?

Influence international institutions and elected representatives with coverage of specific events and demonstrations;

Provide NGOs with useful press material to reinforce their credibility and thus be impactful;

Add several layers of media outlets that quote and republish one another, making it harder for the reader to trace the manipulation, and in turn (sometimes) offer a “mirage” of international support;

Influence public perceptions on Pakistan by multiplying iterations of the same content available on search engines.