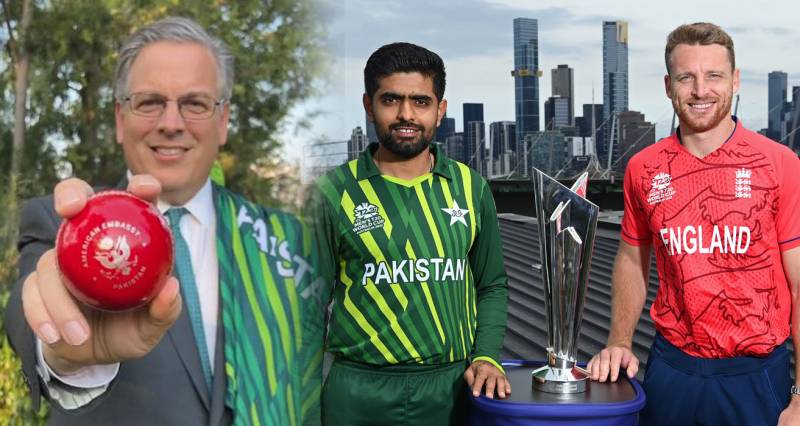 ISLAMABAD – Ambassador of the United States to Pakistan, Donald Blome extended his wishes to Men in Green and asked skipper Babar Azam to bring the World Cup trophy home.

As cricket fever soars, fans are waiting for most anticipated match of World Cup at the historic Melbourne Cricket Stadium where Pakistan and England are set to lock horns.

US ambassador also jumped on the bandwagon and demanded Pakistani skipper to bring the trophy to South Asian nation.

"I'm excited to watch the #T20WorldCupFinal. Best of luck to Pakistan Cricket Board and Babar Azam. We are counting on you, bring it home!”, Mr. Blome said in a tweet shared by US Embassy Islamabad.

After scores of matches stretched across an enthralling month of cricketing action today’s event is down the last final match of T20 World Cup 2022.

Meanwhile, Team Green hopes for a repeat of the 1992 Cricket World Cup, when Imran Khan led unit defeated England in the final.

Indian media, known for their sensationalism and partiality, was again left red-faced when a news report from a Hindi ...