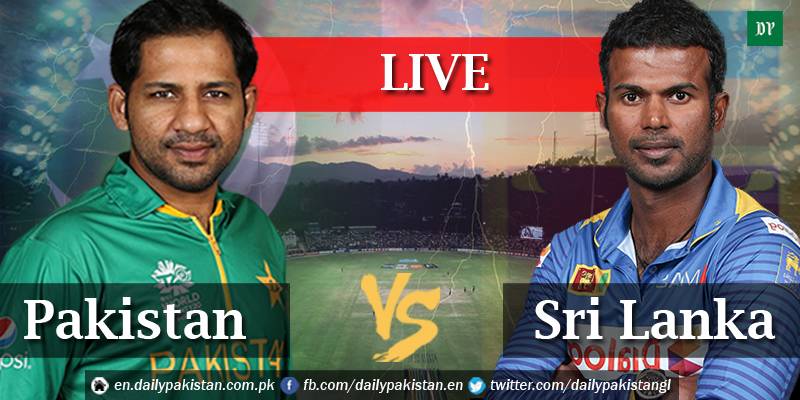 DUBAI - Pakistani bowlers tore through the Sri Lankan batting order, taking the team to an 83-run victory in the first ODI at the Dubai International Cricket Stadium on Friday.

Hasan Ali and Rumman Raees spearheaded the Pakistani assault with their impressive performances, taking 3-36 and 3-49 respectively to restrict Sri Lanka to 209 in 50 overs.

Earlier, Babar Azam returned to form with a brilliant century, while Shoaib Malik hit a rapid fifty, to propel Pakistan to 292-6 in the first one-day international against Sri Lanka in Dubai on Friday.

Azam finished with 103 from 131 deliveries for his sixth ODI hundred, as Malik smashed a 61-ball 81 as the pair added 139 for the fourth wicket after Sri Lanka had won the toss and opted to bowl first.

Malik joined Azam at 124-3 and smashed five fours and two towering sixes before holing out at deep midwicket off the last ball of the 47th over.

Azam completed his hundred off 128 balls in the next over with a single, but three runs later miscued a drive off paceman Suranga Lakmal, who finished with 2-47 from his ten overs.

Azam managed a poor 38 runs in the preceding 2-0 Test-series defeat but batted with guts to prove his credentials as a limited-overs batsman.

The match started at 4pm on Pakistan Standard Time (PST). It will be broadcast live on PTV Sports and Ten Sports. The match will be streamed online on www.en.dailypakistan.com.pk

Pakistan’s dominance over Sri Lanka continues in limited-overs as well. The Green Shirts have won 85 ODIs out of 148 against Sri Lanka. On the other hand, Sri Lanka have won just 58 matches. In T20Is Pakistan have won 10 out of 15.