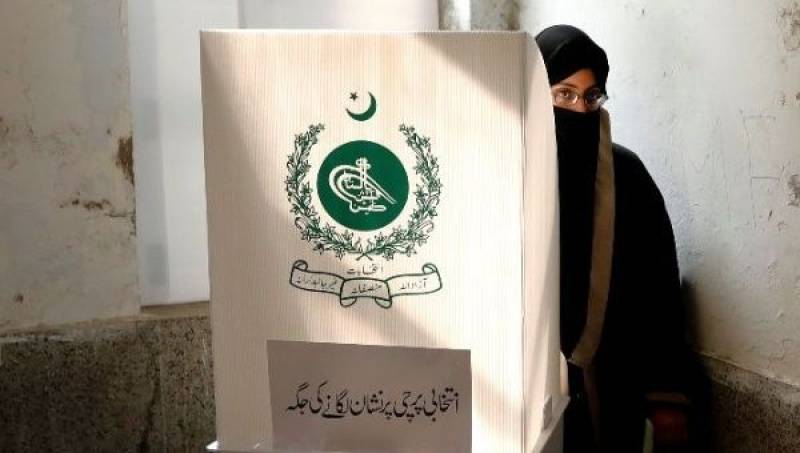 ISLAMABAD - The by-polls on 35 constituencies across the country will be held tomorrow (Sunday) as over 9.9 million ballot papers have been printed for the purpose.

Over 100 candidates, including some big names of politics, are contesting for 35 national and provincial assembly seats in these by-elections.

The seats include 11 from National Assembly, nine from Khyber Pakhtunkhwa (KP) Assembly, 11 from Punjab and two each from Balochistan and Sindh assemblies.

According to Election Commission of Pakistan (ECP), over 5 million registered voters,  2.3 million women and over 2.7 million men, will cast their votes.

ISLAMABAD - Ahead of the by-elections on Oct 14, the Election Commission of Pakistan (ECP) has completed the security ...

The campaign time for the candidates ended on Friday midnight as they increased the pace of their campaigns during past week.

ECP spokesperson stated that the ballot papers have been handed over to the presiding officers under the supervision of army personnel.

LAHORE - The by-polls on 35 constituencies across the country will be held tomorrow (Sunday) as over 9.9 million ...

The seat was earlier won by incumbent Prime Minister Imran Khan. The nation saw a tight contest between PTI’s Imran Khan and PML-N’s Khawaja Saad Rafique. Khan won the seat by a slight margin of 680 votes in the general election held on July 25.

With 533,497 registered voters this constituency in Lahore was won by PML-N’s Hamza Shehbaz Sharif who vacated it for a provincial assembly seat.

In Karachi, PTI is expected to face tough competition from its ally Muttahida Qaumi Movement-Pakistan (MQM-P).

ISLAMABAD - For the first time in the history of Pakistan, overseas Pakistanis will be able to vote in the elections ...

This will be the first time that overseas Pakistanis will cast their votes in the by-polls.