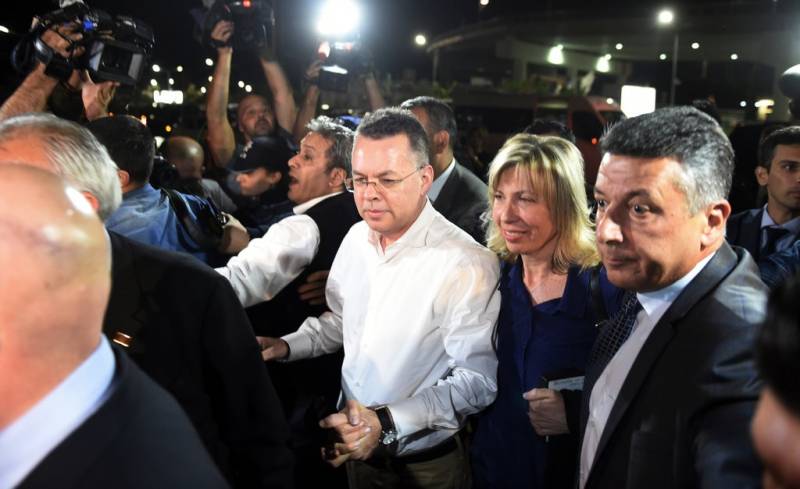 ISTANBUL - A Turkish court released American pastor Andrew Brunson on Friday after more than two years of detention in a case that had been at the centre of a diplomatic tussle between Washington and Ankara.

Brunson, a Christian missionary who has lived in Turkey for more than two decades, was arrested in 2016 and accused of plotting to overthrow the Erdogan-led government of Turkey; he had rejected the allegations.

President Donald Trump had clashed with Erdogan over Brunson’s case, going to such an extent to slap sanctions and tariffs on Turkey earlier this year to coerce Ankara into releasing the pastor.

'We’re very honoured to have him back with us,' Trump said in response to the release after landing in Ohio for a campaign rally on Friday.

Trump told reporters that  Brunson would be visiting the White House on Saturday, saying the U.S. pastor had left Turkey and was making a stopover in Germany for a medical examination.

Trump said, 'no deal' was made with Turkish officials to secure Brunson’s release.

'We’re very happy to have him … I hear he’s in very good shape,' said the Republican president.

After the hearing, Mr. Brunson, an evangelical pastor who runs the small Resurrection Church in Izmir city of Turkey, left the courthouse and returned to his home before departing for Germany.

The Turkish court let the 50-year-old off the hook because the pastor had already spent nearly two years in detention; an earlier charge of espionage was dropped.

'I love Jesus. I love Turkey,' said Brunson his voice catching with emotions, maintaining that he was innocent of all charges.

The release is apparently a win-win game for both Ankara and Washington as the former would now seek the support over the disappearance of Saudi journalist Jamal Khashoggi, who vanished after visiting the Saudi consulate on October 2.