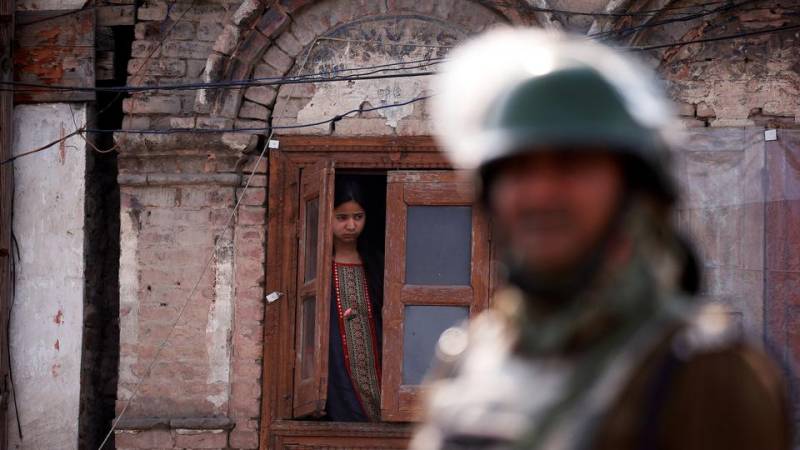 MUMBAI – Indian Prime Minister Narendra Modi on Sunday said it "would take four months for Jammu and Kashmir to return to normal", stoking new fears of Indian brutalities in the occupied Muslim-majority region which is under military siege for over two months.

At a rally ahead of elections in Maharashtra on Sunday, the Indian PM said that his government stripped the state of its special status in August and imposed restrictions as "necessary steps to maintain security in Jammu and Kashmir".

"I assure you that it won’t take more than 4 months to normalise the abnormal situation that has persisted there for 40 years," Modi said at the rally.

"Jammu Kashmir and Ladakh aren’t just a piece of land for us," he said, referring to the remote Buddhist enclave that borders China.

Alongside the withdrawal on Aug 5 of constitutional provisions that gave Jammu and Kashmir more autonomy than any other state, the Delhi government has deployed nearly a million troops who have turned the Himalayan region into an open-air detention center.

He also dared his the Opposition parties, mainly the Congress, to come with clear stand on Article 370, alleging that his political opponents "seem to be speaking one lines of the neighbouring country (Pakistan)". "If you have courage, then announce it in your election manifesto to bring back Article 370," Modi challenged.

Although many curbs, including those on movement have been eased, mobile telephone and internet connections in the Kashmir valley, home to around seven million people, remain cut off.

The lockdown and ban on communications has virtually cut off the Kashmir Valley from the rest of the world. Despite the curbs, Kashmiris have come out on to the streets, and many shops and other commercial establishments in the Kashmir valley have remained mostly shuttered in protests against the withdrawal of the special status.

While the ruling BJP, a political face of Hindu hardline RSS, claims the Kashmir move is all for development. as per the estimates of Kashmir Chamber of Commerce and Industries, the losses in occupied Kashmir since 5th August have crossed over INR 6,000 crore.