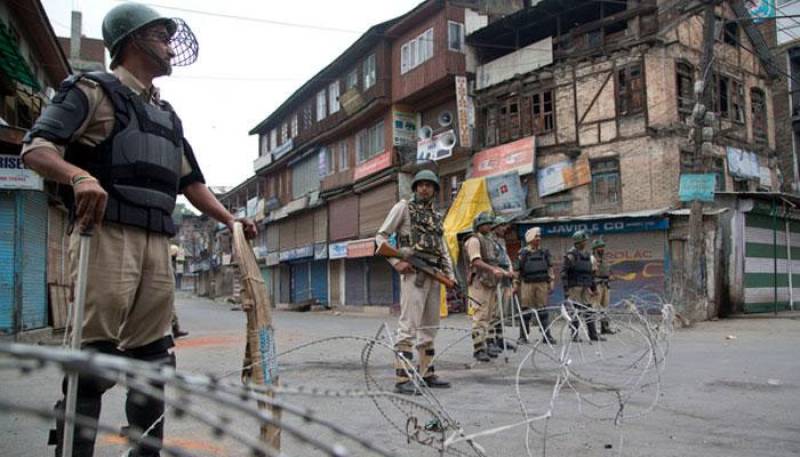 SRINAGAR - Tensions continue mounting in the occupied Kashmir Valley as authorities imposed a curfew on Eid, making it the 67th day of the lockdown.

Citizens remained indoors, business remained closed and transport remained off streets, in all 10 districts of Eid.

Despite imposition of a curfew, protests took place in dozens of places in the region, with clashes reported in three locales. 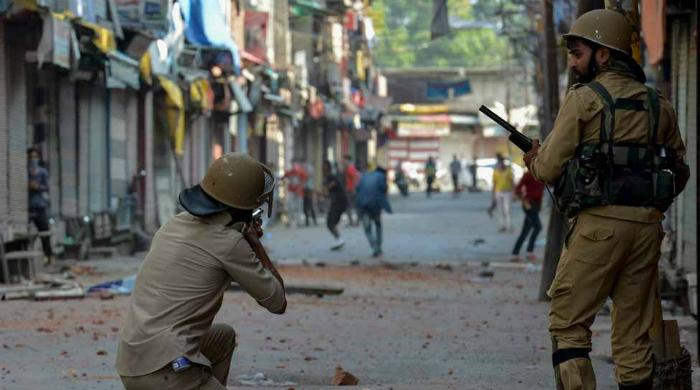 Security forces fired tear gas and shotgun pellets to quell protesters in the Bandipora area of northern Kashmir and Shopian in the south, as well as in Srinagar, the region's main city, said a police officer who spoke on condition of anonymity because he wasn't authorised to talk to reporters.

Indian Express reported that this may be the first time a curfew is in place on Eid since 1990, adding that for the first time in 26 years, no Eid congregations will be held at the Eid gah and Hazratbal shrines.

Earlier this week, police and troops in Indian Occupied Kashmir (IOK) decided to use chilli-based shells instead of pellet guns to quell protests, a minister said Monday, after hundreds of civilians sustained serious eye injuries in weeks of unrest.

The curfew appeared to have foiled a planned march called by Kashmiri to the United Nations Military Observers Group India Pakistan (UNMOGIP) Office in Srinagar, which was set up to monitor a cease-fire between India and Pakistan.

Police said in a statement that authorities used drones and helicopters for surveillance in the region, which has been wracked by protests for two months following the killing of a popular rebel leader.

Over 90 people have been killed due to violence in the region sparked by the killing of a freedom fighter Burhan Wani.