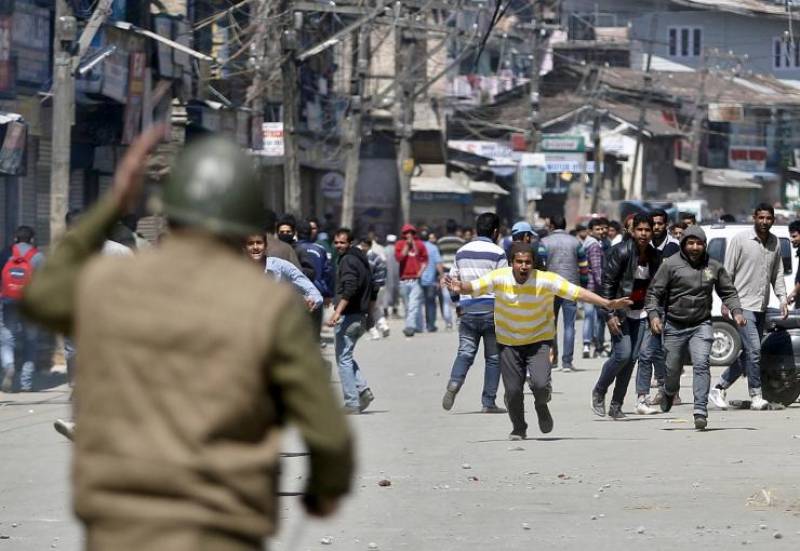 ISLAMABAD - Pakistan has welcomed the United Nation's Human Right Commissioner's (UNHRC) request for a visit by a fact-finding mission to Indian Occupied Kashmir to assess the human rights situation.

In a statement in Islamabad on Tuesday, Foreign Office spokesperson appreciated the UN High Commissioner on Human Rights Zeid Ra'ad Al Hussein on raising the issue of the use of excessive force by Indian authorities in Indian Occupied Kashmir in his opening statement to the thirty-third session of the Human Rights Council in Geneva.

The Spokesperson said we strongly support the High Commissioner's position that an OHCHR team should visit Indian occupied Jammu and Kashmir to independently investigate the grave human rights violations being perpetrated by Indian occupation forces, resulting in the killing of more than 90 civilians and 8000 injured, including those with severe pellet gun injuries.

He said the visit by the OHCHR team would help end the culture of impunity which is prevailing for more than 68 years in Indian Occupied Kashmir, in violation of international law and UN Security Council resolutions.

Pakistan has expressed its readiness for the visit of any UN team sent by the UN High Commissioner for Human Rights to Azad Jammu and Kashmir together with the Indian Occupied Jammu  and Kashmir, even though there is no comparison whatsoever between the situation in AJK and the rampant human rights violations and oppression in IOK.

The Spokesperson said we note the High Commissioner's statement that he awaits a formal letter from India for access to IOK. He urged India to respond to this request.