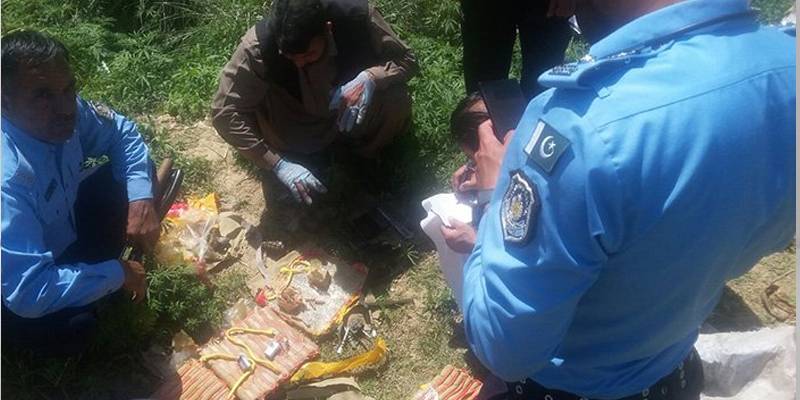 During the action, the security personnel recovered five grenades, two pistols and two ball bearings and 106 rounds, while no any suspect has been held in the raid.

According to police, the suicide jackets, which had been made recently with 6-8kg weight, were defused by the bomb disposal squad successfully.

Following the recovery of the ammunition, the police have launched search operation to trace the suspects.