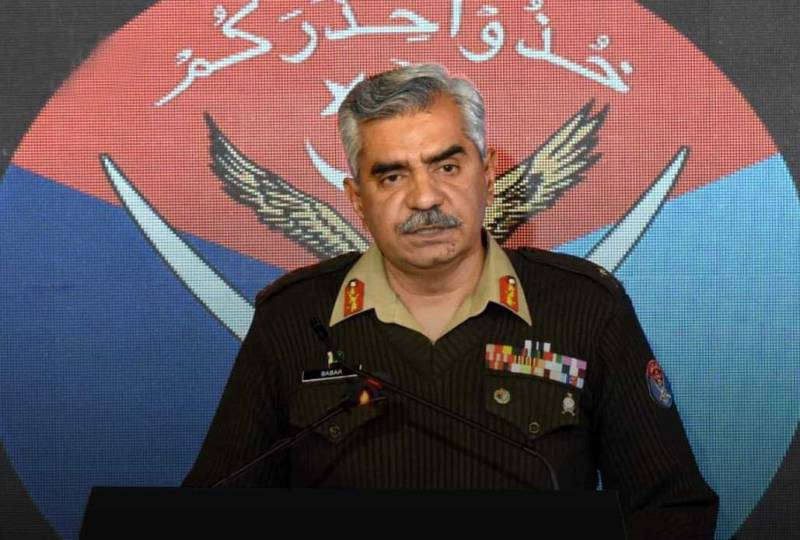 Had the US asked for the bases, he said, the Pakistan Army would have said ‘absolutely not’.

Addressing a presser days after the new government took charge, Babar, director general of the Inter-Services Public Relations (ISPR), addressed a number of topics, including the army’s role in politics.

Former prime minister Imran Khan was asked in an interview what would he do if the US asks for the bases and he replied with "absolutely not". He said that Islamabad would not allow America to carry out counter-terrorism operations inside Afghanistan from Pakistan.

Khan's ‘absolutely not’ remarks got a huge political attention until his ouster from power on April 10. Khan blames the US and their 'henchmen' in Pakistan for his downfall.

Commenting on the current political situation inside Pakistan, the ISPR DG said the armed forces could not decide which government they should have smooth relations and which not. He said governments are elected and it is their job to tell the armed forces what to do.

Babar said the army leadership was on board the decision on Imran Khan's Russia visit. He said there was institutional input that he should go. It was not in anyone’s thoughts that Kremlin would start the war when Khan was there and it was obviously very embarrassing, he added.

He mentioned the meeting of top military leaders that took note of the recent criticism directed at the institution through social networking sites.

Furthermore, Babar rubbished the rumours about the extension in General Bajwa's tenure as Chief of Army Staff, saying the COAS will retire on the due date in November this year.

"No matter what, General Bajwa will retire on November 29, 2022," the military spokesperson said.