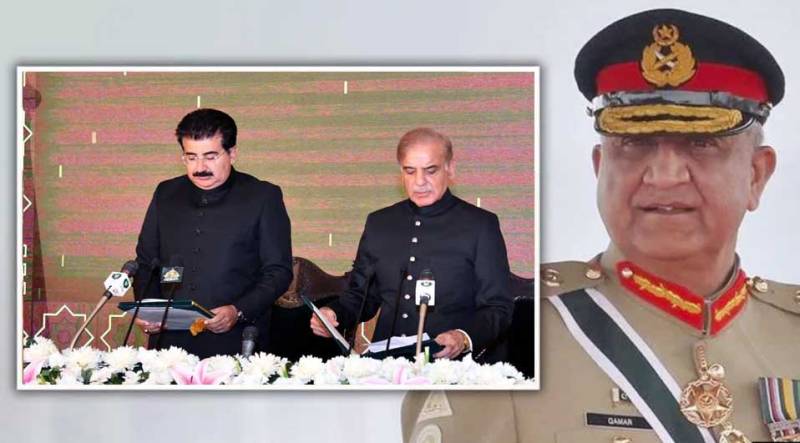 Chiefs of the Pakistan Air Force and Pakistan Navy and Chairman Joint Chiefs of Staff Committee Gen Nadeem Raza attended the ceremony, but the top general did not. His absence raised many an eyebrows amid the recent political developments in the country.

Major-General Iftikhar Babar, director general of the Inter-Services Public Relations (ISPR), told a press conference that the Chief of Army Staff was not feeling well the day when PM Shehbaz took the oath. He had not even come to the office, the spokesperson said, adding there was nothing more to it.

Ahead of voting on the no-confidence motion against ousted PM Imran Khan, rumours were rife that the PTI chairman attempted to remove General Bajwa. However, Khan dismissed the reports as baseless and said he had no such plans.

Following Imran Khan’s clarification, the army spokesperson said the military was supposed to have good relations with the government and COAS Bajwa still has healthy relations with Imran Khan on a personal level.

He also said there was absolutely no problem between the former PM and the military.