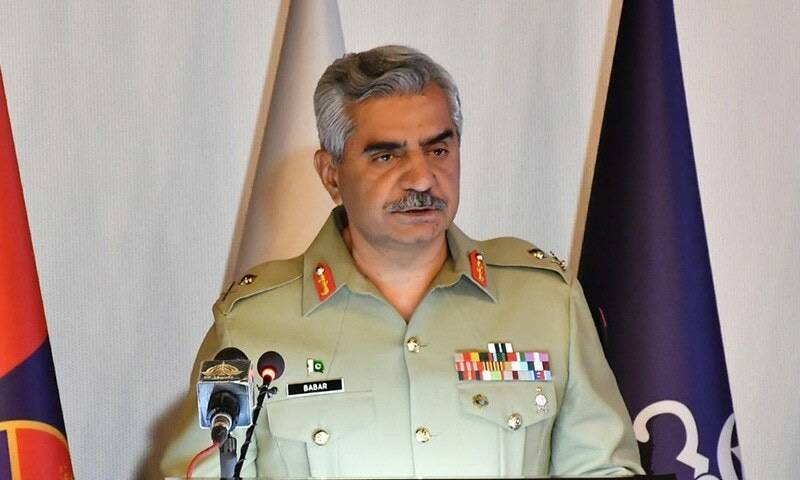 RAWALPINDI – Pakistani military spokesman Major General Babar Iftikhar has said that the word "conspiracy" was not used in the statement issued after the National Security Committee meeting held last month.

The Inter-Services Public Relations (ISPR) Director General was briefing journalists on the recently held formation commanders conference at the General Headquarters on the recent smear campaign against the armed forces.

Responding to journalist’s questions, the military spokesperson said as far as military response about the National Security committee meeting is considered, that stance was fully given in the meeting and then a statement was issued.

Maj-Gen Babar said the words used are in front of everyone. Is there any word such as conspiracy used in it? I think not, he added.

He also mentioned to public the minutes of the NSC huddle, saying it can be declassified if the government decides.

Responding to another question, Major General Babar said the former prime minister office had approached the top military leadership to help find a solution amid the political crisis.

The DG ISPR said it was unfortunate that our political leadership was not ready to interact. So, General Bajwa and Intelligence Chief went to Prime Minister’s office where both the sides figured out three scenarios.

He also junked the rumors of opposition parties meeting with army leadership. “There is no truth to this,” he clarified.

The DG ISPR also asked to “bring it forward” if someone has evidence about developments related to the eve of voting against the former premier. “Whatever political process has run, Pakistan Army had no role or interference at any stage,” he said.

He also asked political parties and the public not to drag the Pakistan Army into politics. The DG ISPR said any effort to create a rift between people and the armed forces is against national interest. He welcomed constructive criticism, but pointed out that a "malicious campaign" against Army would not be tolerated.