Army Chief not seeking extension, will retire on due date: DG ISPR

Military spokesperson says no chance for another martial law in Pakistan 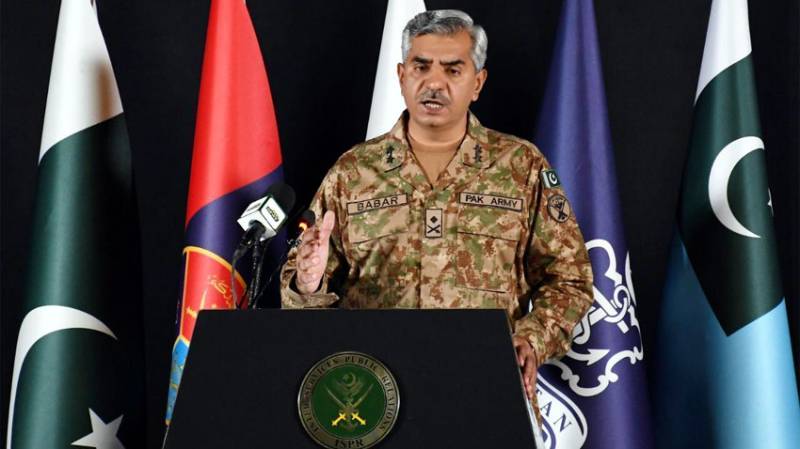 RAWALPINDI – Inter-Services Public Relations (ISPR) Director General Maj Gen Babar Iftikhar has rubbished rumours regarding an extension in General Bajwa's tenure as Chief of Army Staff, saying COAS will retire on the due date in November this year.

DG ISPR cleared the air during a briefing to journalists following the recently held Formation Commanders’ Conference at the General Headquarters.

No matter what, General Bajwa will retire on November 29, 2022, the military spokesperson said days after the top army brass took notice of the recent propaganda campaign by some quarters to malign Pakistan Army and create division between the institution and society.

DG ISPR said Pakistan Army has nothing to do with local politics and said the institution has decided to remain apolitical in the future as well.  He also added that apolitical is a better word than neutral, describing army role.

He also dismissed rumors about the meeting of establishment and opposition parties before the vote of no confidence against Imran Khan.

Gen Iftikhar said there is no truth to ongoing rumors, saying there was no deal or contact between civil-military leaders. He mentioned that army is supposed to have cordial relations with the state and General Bajwa still has pleasant relations with former PM Imran.

Rejecting the claim that the top judge opened court at midnight on any input from the military or there was any possibility of martial law, he said there will never be another martial law in the country as Pakistan will move into the future as a democratic state.

DG ISPR also mentioned if anyone has evidence about the army’s role in development that occurred on the eve of voting against the former premier, they must come forward with it. He also added that Pakistan Army has no power to give NRO, a controversial ordinance, to anyone.

Addressing the presser, DG ISPR also mentioned that India took advantage of political turmoil in Pakistan as they interfere in the cyber domain and they were targeting the military. He however mentioned that such factors could not create rift in society.

Commenting on the ongoing propaganda against armed forces, he said intelligence had gathered all the data on the social networking sites and will act over it.

He also cleared the air on General Bajwa’s absence from the swearing-in ceremony of Shehbaz Sharif, saying he was not well and did not come to the office on the day.

No talk by the US for military bases in Pakistan

Responding to a question about operational bases of the US within Pakistani territory, DG ISPR said Washington did not ask for bases and there was no mention of it on any level.

He clarified that if bases were asked for, the army would have the same stance, while referring to former Prime Minister Imran Khan who reiterated that Islamabad will not allow the US to carry out counter-terrorism operations from its territory.

General Babar also mentioned the army leadership was on board with the decision of Imran Khan's visit to Moscow, saying there was institutional input that he should go. It was not in anyone’s thoughts that Kremlin would start the war when Khan was there and it was obviously very embarrassing, he added.