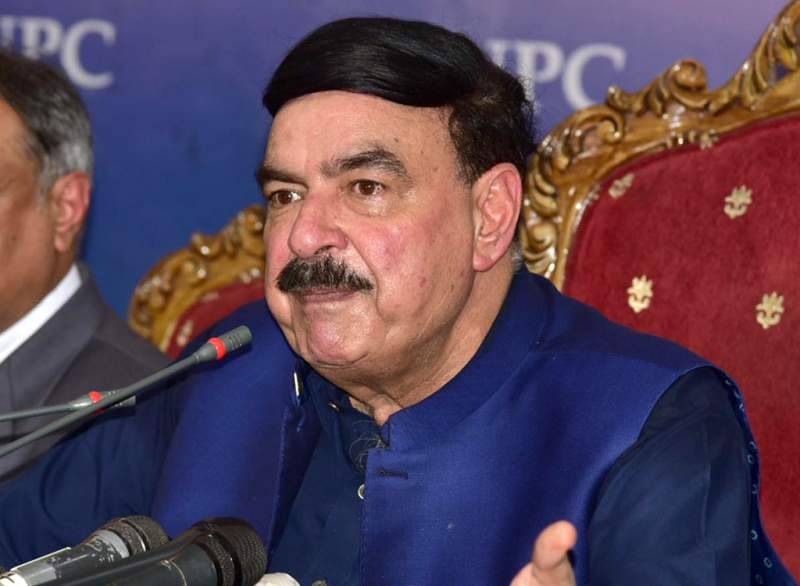 LAHORE — Minister for Railways Sheikh Rashid Ahmed on Saturday said that an online Railways Complaint Centre would be set up in Islamabad from February 15 for addressing the complaints of passengers regarding railways immediately.

He announced this while addressing a press conference here at Pakistan Railways Headquarters. He said that citizens would be able to lodge their complaints round the clock regarding any issue of the railways like misbehave of railways staff or about cleanliness through phone or website.

The minister said the number of ticket dodgers had been reduced after a campaign against them, however, it had been decided to keep such ticket-dodgers in jail or lockup besides heavy fines to curb this practice.

He said the railways had to bear a loss of Rs 60 million per week due to ticket-dodgers which were a huge amount.

He informed that it had been decided to bring some structural changes in the railways and 5 railways companies including RailCorp, PRACS would be converted into two companies soon.

The minister said that experiment of installation of tracking system in locomotives had been completed and the next week, Prime Minister Imran Khan would inaugurate the tracking system in trains after which citizens would be able to track the location of any train during travelling.

He said that this system had been presented by an engineer Mudassar without any cost. He said that implementation on the introduction of 20 more passenger trains would be started from March, however, a new freight train was being launched from January 25 from Karachi.

"A number of freight trains will also be raised from 8 to 20," he said.

Sheikh Rashid said that he would remain on the trains and at railway stations during the month of February to observe the performance of the railways.

"Special cleanliness and suaveness campaign in the railways will be operated," he added.

He said that the PR would install water filtration plants at railway stations across the country so that clean drinking water could be provided to passengers.

He thanked the citizens for their cooperation and said the railways was far ahead of it given target in revenue with the support of the people.

The minister informed the media that new contracts of catering would be given and now the contractors would also be responsible for cleanliness in trains and railway stations.

"Seven railway stations will be renovated in February," the minister said.

To a question, he said that modernization of MainLine-1 under China-Pak Economic Corridor (CPEC) with the cooperation of China was his dream and he wished he could present this gift to the nation as soon as possible.