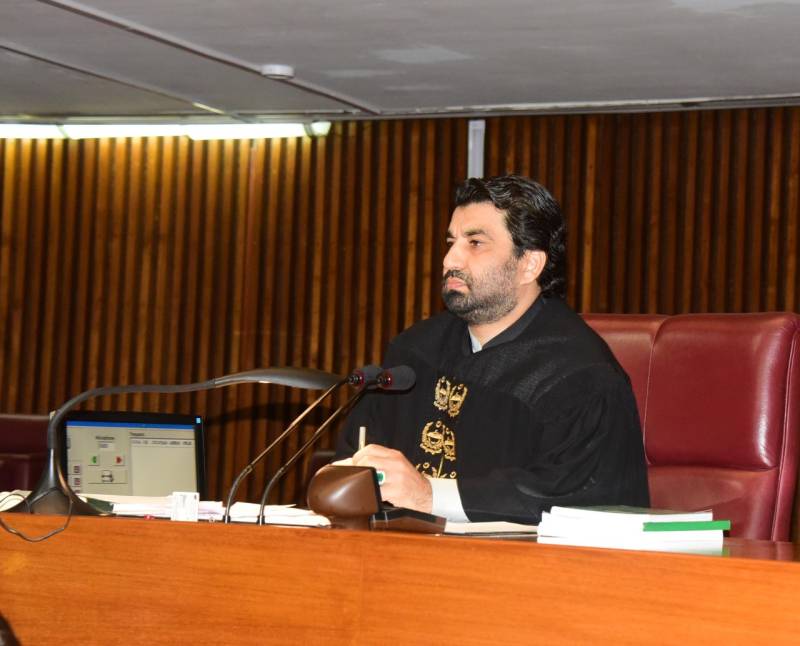 PTI lawmakers, except dissidents and some coalition members, had resigned from the National Assembly en masse before voting to elect the new prime minister began on Monday.

Qasim Suri, who earlier junked a no-confidence motion against former PM Imran in a move that was revoked by the top court, tweeted that he followed the rules while accepting the resignations. The National Assembly Secretariat has also issued a notification in this regard.

In the social media post, Qasim Suri said he had received the resignations from 125 lawmakers, but resignations of two members were not accepted because they had not submitted in person.

Earlier in the day, ousted prime minister Imran Khan hailed the MNAs for their resignations. He said the PTI stood for a sovereign Pakistan against ‘US-initiated regime change’ bringing criminals into power. He said that election of a man on interim bail as the prime minister of Pakistan was an insult to any self-respecting independent nation.

Want to appreciate our 123 MNAs as their resignations have been accepted by Speaker Qasim Suri. Their standing firm for a sovereign Pak & against US-initiated regime change bringing to power criminals, convicted & on bail - the ultimate insult to any self respecting indep nation.

Following the mass resignations, the PTI moved the Supreme Court (SC) for disqualification of dissident members of the National Assembly.

The former ruling party earlier accused opposition of involvement in corrupt practices and buying the lawmakers. The petition filed by the PTI prayed that dissident PTI members should be disqualified from parliamentary affairs for life under Article 63-A of the Constitution.

Earlier, PTI had issued show-cause notices to its dissident lawmakers for allegedly assisting the opposition parties in their efforts to bring a no-confidence motion against PM Imran.