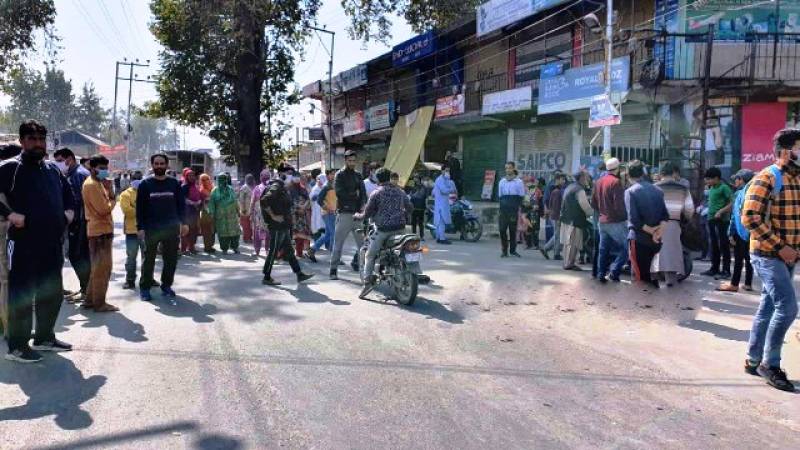 The locals blocked the road at Main Chowk, Rawalpora, against the incident.

“We are protesting against the unjustified thrashing of our boys. We want action against these Indian soldiers who beat up our children mercilessly,” the protesting locals said.

The injured youth were shifted to hospital for treatment.

On Monday, Indian troops had killed two more youth, injured dozens while razing many houses and structures to rubble in Srinagar.

The youth were killed by the troops during a cordon and search operation in Rambagh area of the city.

The troops blasted many houses with inflammable material during the operation. As the news about the killings spread, people from Barzulla and adjoining areas took to the streets and clashed with the troops.

Posters in favour of Kashmir’s freedom from India have been put to display in Sopore and adjoining areas.

On the other hand, Kashmiri Sikhs staged a protest demonstration at Press Enclave in Srinagar to condemn the discriminatory order recently passed by the Modi-led fascist Indian government to grant undue concessions to Hindus in the territory.

Senior Hurriyat leader Professor Abdul Ghani Butt in a statement issued in Srinagar said that the Kashmiri people had neither submitted to India's fascism in the past, nor would they accept its supremacy in the future, come what may.