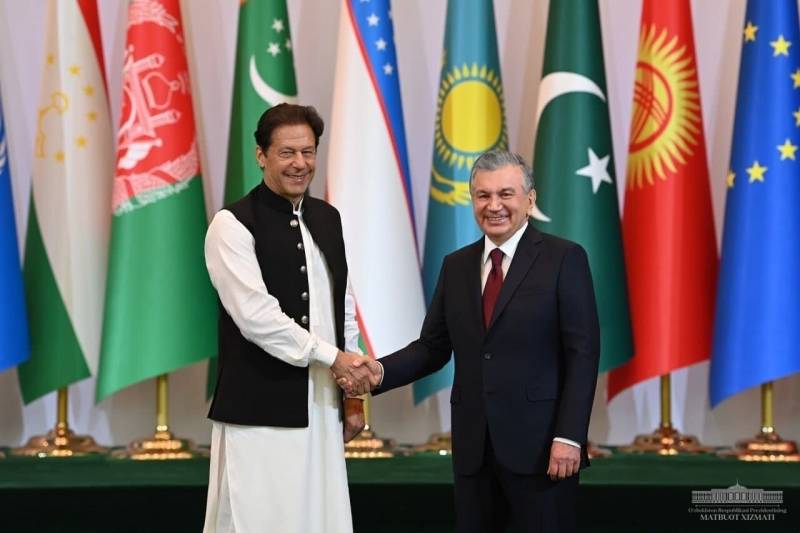 "Heartiest congratulations to my friend President Shavkat Mirziyoyev (of Uzbekistan) on impressive victory in Presidential elections," the prime minister said on Twitter.

"People of brotherly Uzbekistan have again reposed their trust in his able leadership," he added.

The prime minister further said he "looks forward to continued productive engagement" between Pakistan and Uzbekistan.

Shavkat Mirziyoyev, who is the incumbent President of the Central Asian nation, won more than 80.1% of the votes in the presidential elections.

Around 16.21 million citizens took part in the voting, which is 80.4% of the total number of voters included in the lists.

LAHORE – As a step towards improving relations between Pakistan and Uzbekistan through cricket diplomacy, the ...