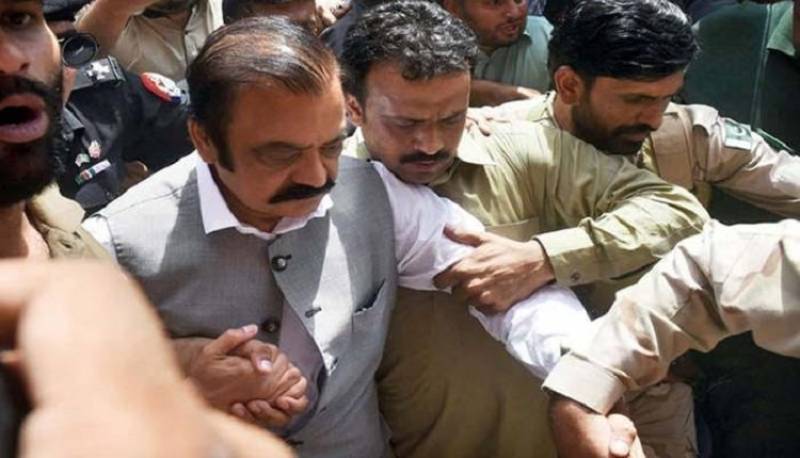 According to media reports, the LHC issued its 9-page detailed verdict of granting bail to Rana Sanaullah in a drug case filed against him by the Anti-Narcotics Force (ANF).

On Monday, Justice Chaudhry Mushtaq Ahmad reserved the verdict after Sanaullah’s lawyers and prosecutors of the ANF concluded their arguments.

The ruling stated that the prosecution did not challenge in any of the courts the move to grant bail to the accomplices of Rana Sanaullah in the same case, and the trial court had rejected the petitioner’s bail while approved bails to his accomplices and the prosecution had not approached the court for cancellation of the bails granted to Sanaullah’s accomplices.

Moreover, the ANF had not obtained the petitioner’s physical remand from the trial court after arresting him.

On the other hand, Sanaullah’s lawyers, seeking a copy of the written decision, have filed an application in the LHC’s office.

PML-N leader Sanaullah is likely to be released today (Thursday) after surety bonds are submitted to an anti-narcotics court in Lahore.

Earlier on Tuesday, the LHC ordered the release of former Punjab law minister Rana Sanaullah on bail in a drugs case.

Justice Mushtaq Ahmad of the Lahore High Court announced the judgement reserved earlier on October 2 after hearing the arguments of Sanaullah’s lawyers and the Anti-Narcotics Force (ANF). The court directed him to submit two surety bonds worth Rs 10 million each for his bail.

During the proceedings, the counsel of Rana Sanaullah argued that the case of his client was politically motivated and it had nothing to do with the reality.