US flag hoisted in Cuba after 54 years 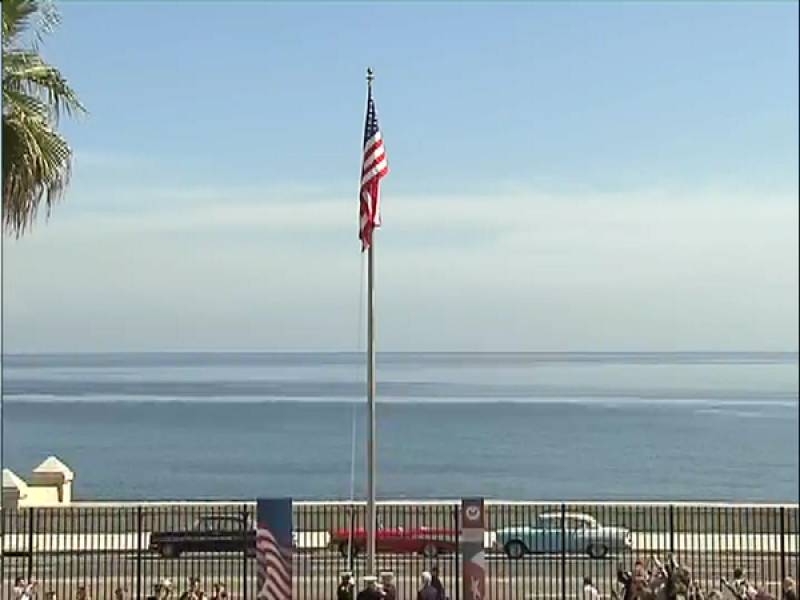 HAVANA (Web Desk) - A United States flag was hoisted over recently opened US embassy in Cuba, a statement said on Friday.

A graceful ceremony was held to formally restore the diplomatic ties between two countries merely distanced 90 miles from each other. US Secretary of the State John Kerry appeared as chief guest.

"We are gathered here because our leaders made a courageous decision to stop being prisoners of history," Secretary of State John Kerry declared. Although US believes in democracy but still the future of Cuba better be decided by Cubans, he said.

Kerry is the highest US official to visit Cuba since both countries cut diplomatic ties in 1961.