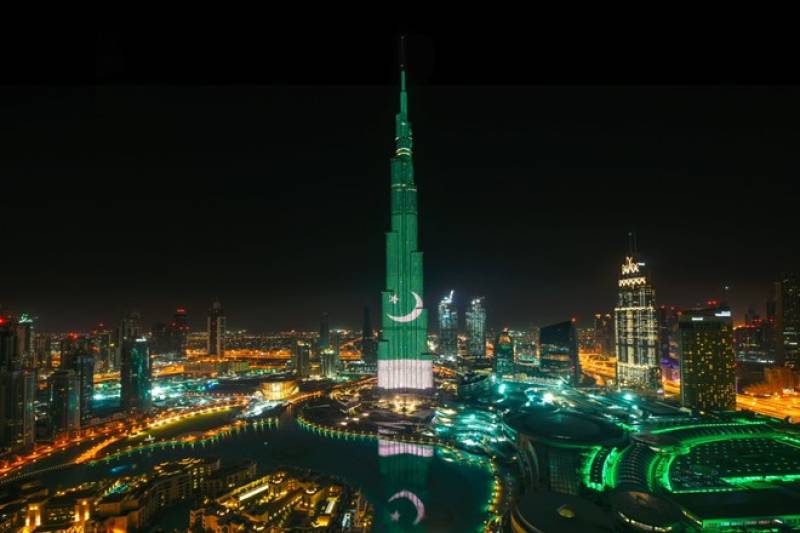 DUBAI - Burj Khalifa, the tallest skyscraper in the world, lit up with green and white spectacular LED illumination of the Pakistani national flag on Tuesday evening to celebrate the country’s 71st Pakistan Independence Day.

In this regard, a spectacular LED illumination of Pakistan National flag on Burj Al Khalifa mesmerized people when they gathered there to watch it in the night.

The show began at 7-15 pm when the Burj Khalifa just went green and lit up in Pakistani flag. It grabbed a lot of audience with a sizable community of Pakistanis living in Dubai.

Known for its spectacular fireworks and illumination, the Burj Khalifa is world’s tallest skyscraper in the world.