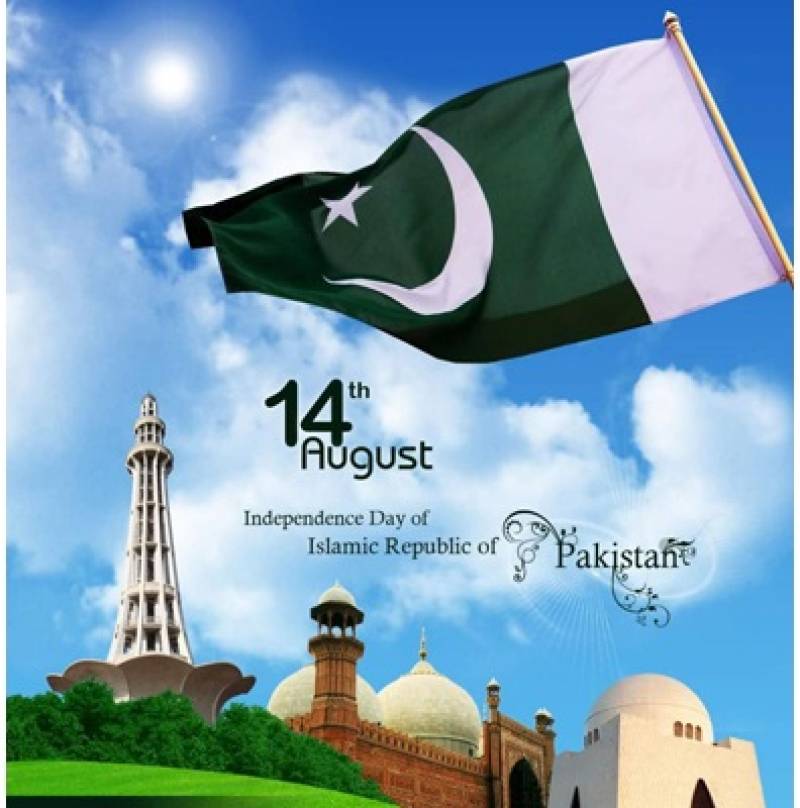 ISLAMABAD - The nation today is celebrating 72nd Independence Day with renewed resolve to work with the spirit of Pakistan Movement to make the country a truly Islamic welfare state.

A national flag-hoisting ceremony was held at Jinnah Convention Centre in Islamabad. President Mamnoon Hussain, the chief guest, addressed the participants of the ceremony. 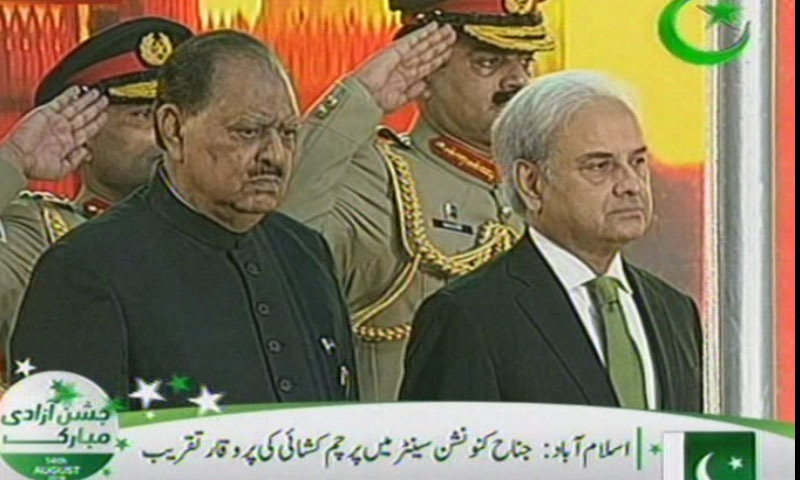 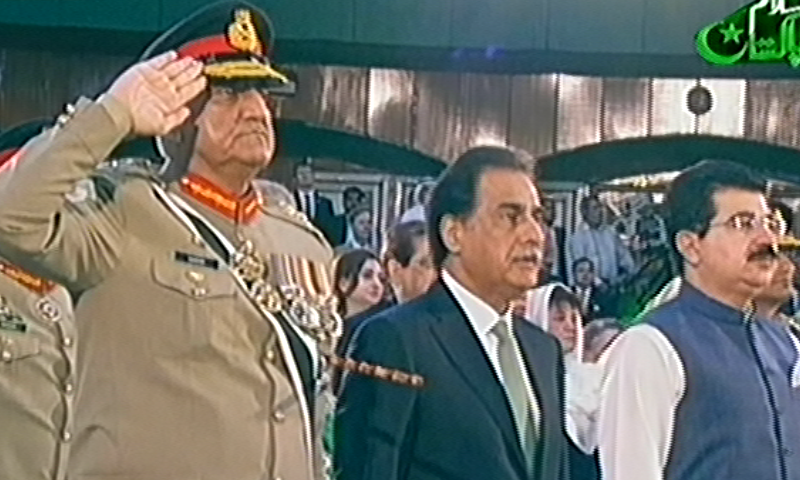 In his address to the ceremony, President Mamnoon congratulated the nation on what he called it a day of true celebrations.

He observed that general elections and Independence Day happened the same time this year, adding that these two key events have a hidden message for the nation.

"It is a reminder that the way this country had come into being with the people's will, in the same manner, the decisions regarding its fate will be made through the vote," Dawn News quoted him, as saying. He added that the Pakistani nation had stamped this very principle on July 25.

Mamnoon said that the nation should remember the people of Kashmir and their sacrifices on the Independence Day.

"Pakistan will continue to provide its political and moral support to resolve the Kashmir issue under United Nations resolutions," Mamnoon said.

President Mamnoon in his statement said Pakistan can overcome the economic problems and other issues it is facing by only following the teachings of the Quaid-i-Azam and Allama Iqbal in their true spirit.

In his message, the prime minister said the occasion "reminds us of the epic democratic struggle of our forefathers for securing a separate homeland for the Muslims of the sub-continent where they could fashion their lives according to their religious, cultural and social values," according to Radio Pakistan.

Similar flag hoisting ceremonies would also be held at provincial, divisional and district headquarters level throughout the country.

Public and private buildings, as well as streets, bazaars and markets, have been profusely illuminated.

National flags, buntings, portraits of founding fathers, posters and banners are also seen everywhere as part of the celebration of Independence Day. Electronic media has also prepared comprehensive programmes to celebrate the day.

Preparations for celebrating Independence Day have also been finalized across Balochistan including provincial metropolis, Quetta.

The day will dawn with 21 gun salutes in the provincial capital while special prayers will also be offered at all the Mosques for progress and prosperity of the country.

The major ceremony will be held in Balochistan Assembly at 9:00 in the morning during which the Caretaker Chief Minister Allauddin Marri will hoist the National Flag. Besides, the National Anthem will also be played. Another ceremony will also be held at the Residency of Quaid-e-Azam Muhammad Ali Jinnah in Ziarat in which Caretaker Chief Minister will hoist the national flag.

In Khyber Pakhtunkhwa, the main function will be held at Civil Secretariat Peshawar.

Traders of Peshawar will take out a rally to mark the day.

Meanwhile, a car rally arranged in connection with the Independence Day started from Peshawar on Monday. It will terminate in Haripur today.

The Independence Day will also be observed in Azad Jammu and Kashmir like other parts of the country with national enthusiasm.

The day will dawn with 21 gun salutes in the state capital Muzaffarabad.

Flag hoisting ceremonies, rallies, cultural shows and other events will be held at all Districts and Tehsil Headquarters.

Similarly, AJK Legislative Assembly Speaker will hoist the national flag at a function at City Campus of Azad Jammu and Kashmir University Muzaffarabad.

Chief Justice Azad Jammu and Kashmir will also hoist the national flag at the premises of Supreme Court.

The Independence Day of Pakistan will also be celebrated in Gilgit-Baltistan with traditional zeal and enthusiasm.

There will be 21 gun salute in city park Gilgit at morning. Chief Minister Hafiz Hafeez-ur-Rehman will be the chief guest on this occasion.

The main function of Independence Day will be held in Chinar Garden where Governor will hoist national Flag, lay wreath at Yadgar-e-Shahuda and offer Fatiha.

On the auspicious occasion of 71st Independence Day of Pakistan, Pakistan Air Force has launched a new National song (Ay Watan Teray Liyay) to promote patriotism among the Pakistani nation.