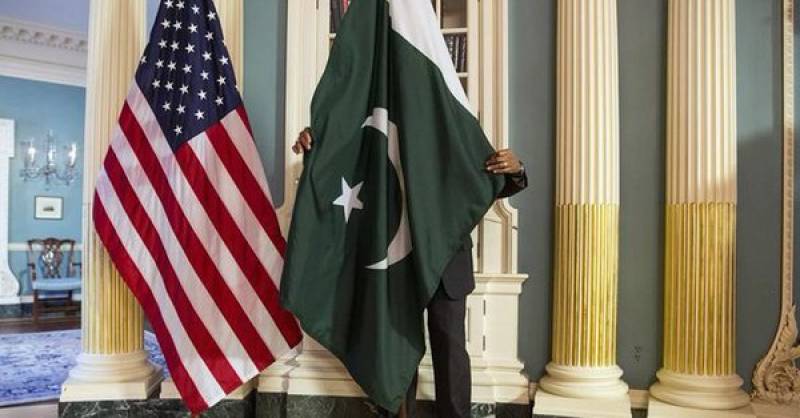 WASHINGTON - Wishing the people of Pakistan on the country's 72nd Independence Day on Tuesday, Secretary of State Michael Pompeo has said the United States hopes to strengthen ties with the South Asian country.

Pompeo, in a statement, said for more than seven decades, the relationship between the US and Pakistan has "rested on the strong foundation of close ties between our two peoples."

“In the years ahead, we hope to further strengthen these bonds, as we continue to look for opportunities to work with the people and Government of Pakistan to advance our shared goals of security, stability, and prosperity in South Asia,” the statement read.

“On behalf of the Government of the United States of America, I would like to extend my best wishes to the people of Pakistan as they celebrate their independence day,” it added.

ISLAMABAD - The Acting US Ambassador John Hoover along with a delegation met the Chairman Pakistan Tehreek-e-Insaf ...

Last week, Prime Minister-in-waiting Imran Khan said that Pakistan and the US should strengthen their relations based on trust, amidst tensions in bilateral ties over Islamabad's support for terror groups.

The relations between Pakistan and the United States were shaken this January after President Donald Trump accused Islamabad of giving nothing to Washington but "lies and deceit" and providing "safe haven" to terrorists.

The US Congress also passed a bill to slash Pakistan's defence aid to USD 150 million, significantly below the historic level of more than USD one billion per year.

The US Congress also passed a bill to slash Pakistan's defence aid to USD 150 million, significantly below the historic level of more than USD one billion per year.

RIYADH/JEDDAH - The Pakistan Embassy in Riyadh and the Consulate General in Jeddah celebrated the 72nd Pakistan ...

In August 1947, the subcontinent was partitioned into two separate states: Hindu-majority India and Muslim-majority Pakistan. One million died and 15 million were displaced as Muslims fled to Pakistan, and Hindus and Sikhs headed in the opposite direction.