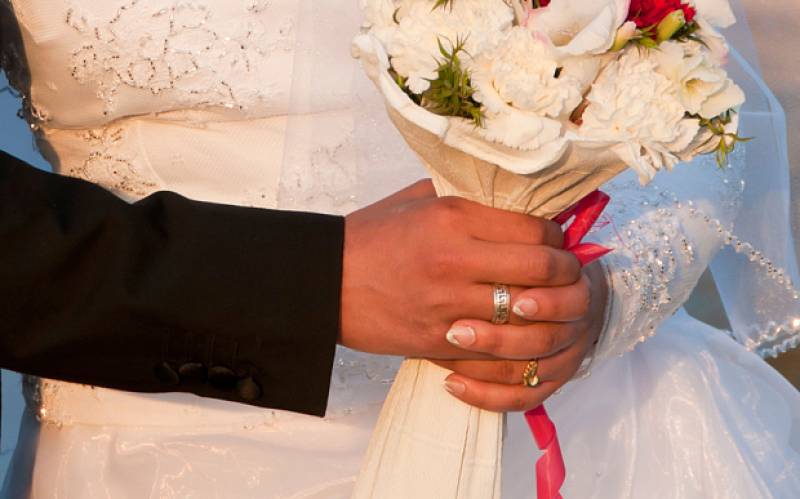 JEDDAH (Web Desk) - In a shocking incident, a Saudi groom divorced his bride amid wedding celebrations after the bride's mother objected to his unusually long hair, Emirates247 reported.

The groom was posing for a photograph with his bride when his mother-in-law noticed his long hair which he was tying on his neck.

When she asked him to have a haircut, he said he would do soon after the wedding, prompting the woman to insist on the haircut before the marriage.

“My mother then started to argue with my groom and his mother, who then swore at her. She grabbed my hand and asked me ‘either me or him,” the bride said, quoted by the Saudi state TV channel ‘Alikhbariya’.

“I chose my mother, of course. My groom then said that he would not accept any condition from any one and immediately he divorced me.”

The unnamed bride from the Saudi capital Riyadh said she still could not believe her marriage was disrupted so easily just because of “a lock of hair”.