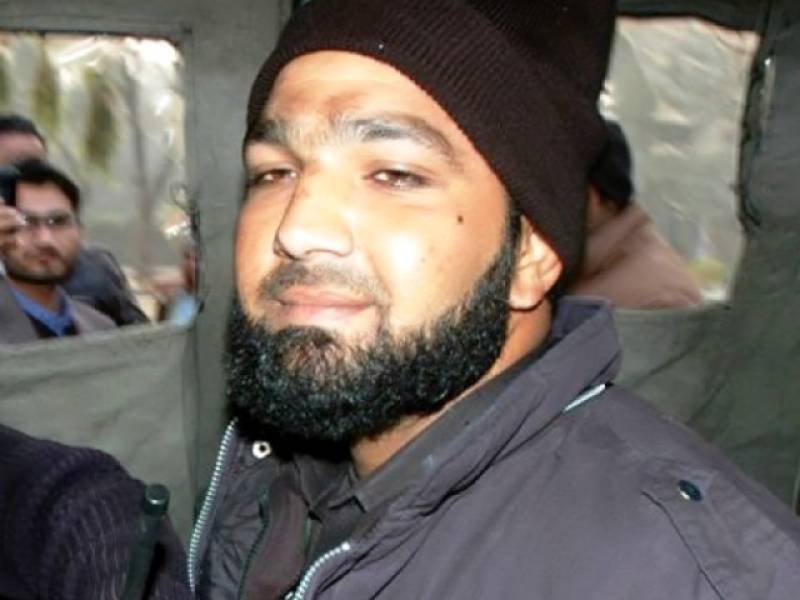 ISLAMABAD (Online) - The Supreme Court while rejecting a review petition filed by Mumtaz Qadri, who was convicted the murder case of former Punjab governor Salmaan Taseer upheld two times death sentence awarded to him in the said case.

SC judge Asif Saeed Khosa while heading a three-member bench remarked on Monday that “the aspect of blasphemy does not become clear in the matter of Qadri. A man is not always wise and man made laws can be criticized. What opinions leading religious scholars have given with reference to Namoos-e-Risalat (the dignity of the holy prophet Mohammad (PBUH)), this case does not fall in it.

Counsel for Qadri, Nazir Akhtar said that “it is correct that section 295-C can be interpreted but it cannot be criticised”. The counsel said his client had no personal enmity with Taseer and he had killed him only for the sake of Namoos-e-Risalat.

Justice Khosa remarked, “We had reviewed all the aspects with reference to the punishment”. The court remarked that the scope of court was limited in the review petition.

Akhtar said that Qadri was impressed by speeches made by Ulema and he had done this job. Justice Khosa remarked, “Blasphemy has not been proved in the case”.

Qadri’s cousel said that “you gave the verdict considering this case a general case of murder. While giving the verdict what things you have mentioned go in favour of the accused but you used them against him.

Justice Khosa remarked, “When there is a case of Hadd then the punishment will be curtailed. Only one punishment i.e capital punishment is prescribed in section 302.

The judge remarked “if the court does not accept compromise in the case of Hadd then punishment will be awarded under Tazir in 311. Punishment would have been awarded under 302 A only if the Hadd had been proved.

Qasas is not proven in this case. You are giving the arguments again what you have already given. These arguments cannot be given in review petition. If you think we have committed any mistake then we are ready to rectify it in the review.

Had this case been proven as blasphemy then we would have obtained guidance from Islam. The lawyer had considered the case complete by attaching news papers clippings in the trial court. If we have said any thing against record then tell us. This is appeal plea but it is taking the shape of case of hearing again”.

Nazir Ahmad said, “You have talked about 295-C and criticised it”. Justice khosa remarked “man made law can be criticised. Murder is a big crime in the sight of Allah. When representatives of human beings frame laws, then we can talk of curbing misuse of these laws. Law can be abused. You said during arguments that 295-C is not in accordance with Quran and Sunnat. You are also not satisfied with the law”.

Nazir said, “I did not declare it wrong. There is a room for its interpretation and guidelines from

Islam are available in this regard.”