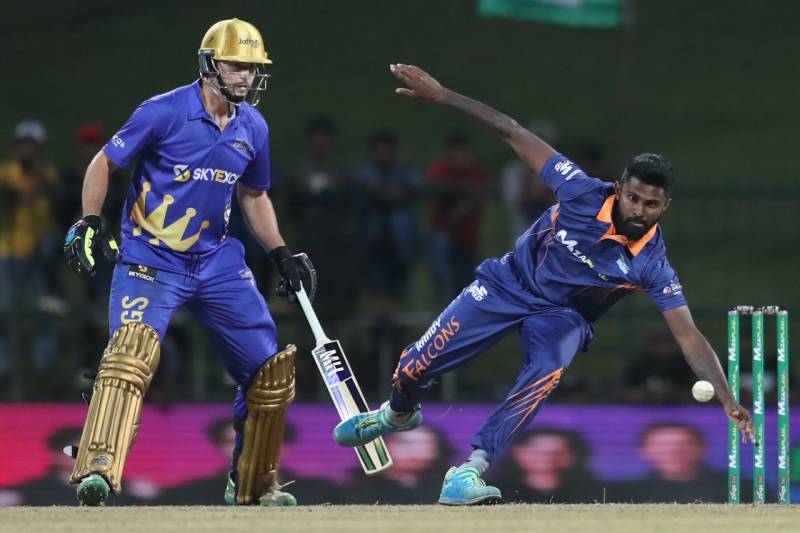 COLOMBO – Kandy Falcons beat Jaffna Kings by 10 runs at the Pallekele International Cricket Stadium on Wednesday in the Lanka Premier League 2022. Batting first, the Kandy Falcons posted a total of 160 for the loss of 8 wickets.

For Jaffna Kings, Rahmanullah Gurbaz and Avishka Fernando opened the innings. However, Gurbaz and Dhananjaya de Silva were sent quickly dismissed which left the team reeling at 2/5. Dhananjaya de Silva was highest scorer for Jaffna Kings with 48 runs from 41 balls. His innings included 5 boundaries. Meanwhile, opener Avishka Fernando contributed with 33 runs from 20 balls, which included 4 boundaries and 1 six.

For Kandy Falcons, Carlos Brathwaite was the pick of the bowler as he took 4/18 from his 4 overs. Wanindu Hasaranga picked 2/21, while Fabian Allen and Isuru Udana took 1 wicket each.

For Kandy Falcons, Pathum Nissanka and Andre Fletcher opened the innings. The duo put up a 35-run partnership from 4.5 overs. Pathum Nissanka was dismissed by Salamkheil for 15 runs from 20 balls.

His innings included 2 boundaries. Andre Fletcher scored 35 runs from 22 balls. His innings was laced with 4 boundaries and 2 sixes. Towards the end of the innings, Fabian Allen made 47 from 23 balls, which included 3 boundaries and 4 sixes before he was dismissed by Madushanka. Chamika Karunaratne remained unbeaten at 18 from 9 balls.