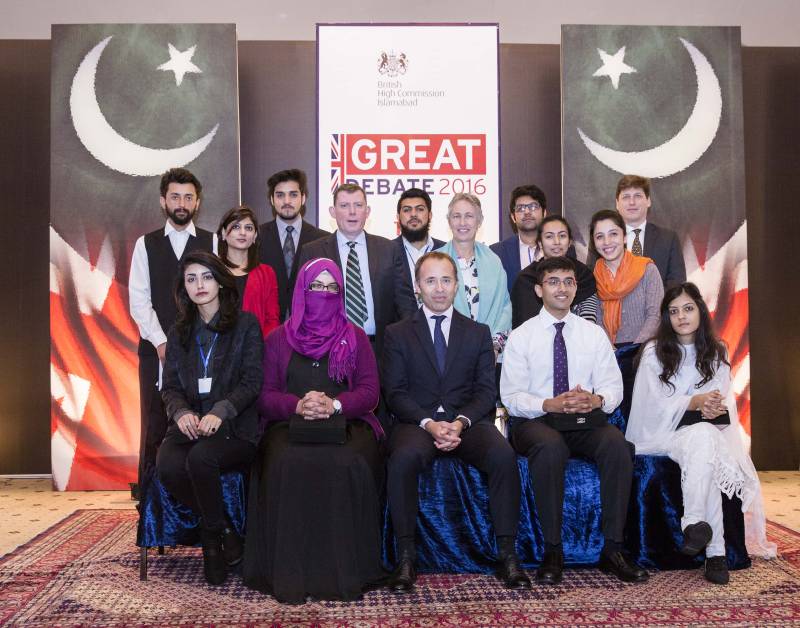 The event was attended by Chevening Scholarship alumni, members of the media and senior officials from the British High Commission and British Council. The audience witnessed a high intensity and quality competition between ten of the top debaters from across universities in Pakistan who spoke for and against topics that concern the future of Pakistan. 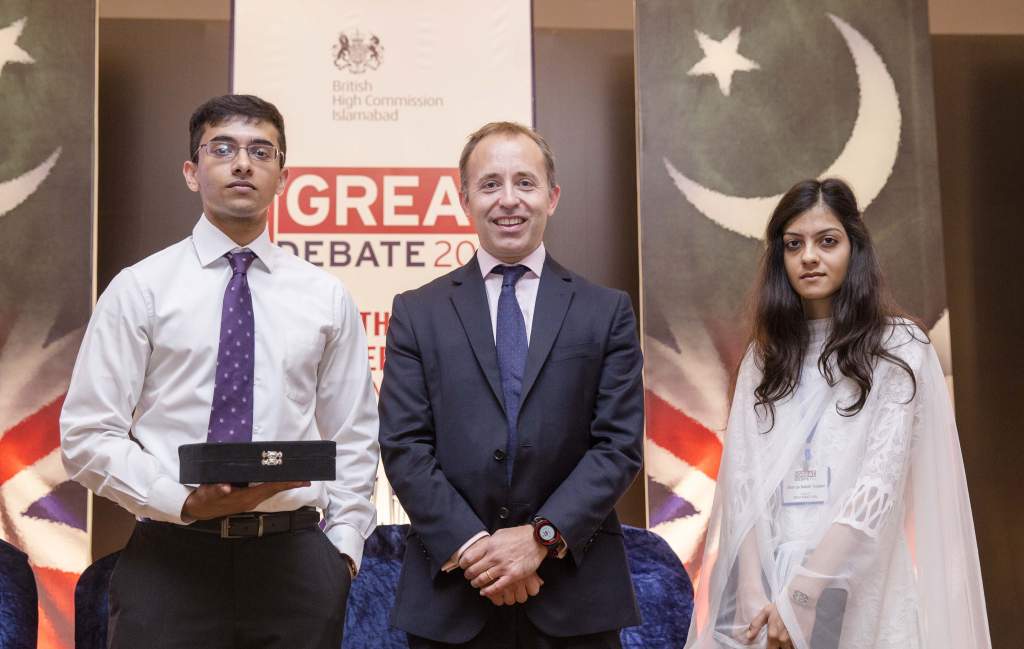 After three exciting rounds, the winner was judged to be Taha Ahmed from the Aga Khan University and the runner-up was Noor Tauqeer from Karachi University.

Speaking at the event, the British High Commissioner Mr Thomas Drew CMG said: “This is the second consecutive year that we have conducted the Great Debate. We are delighted this time to have been able to increase our nationwide footprint to include debaters from Baluchistan and Gilgit-Baltistan.

“Today I have witnessed bright young people from across Pakistan debate topics of great importance to Pakistan’s future. I congratulate all the finalists and in particular the winner and runner-up. I urge all of the participants to use the Great Debate as a springboard to go and achieve great things for Pakistan.” The Head of British Council Pakistan Ms Rosemary Hilhorst said: “The art of debating is of the greatest importance in today’s world and it is heartening to see the quality of debates in Pakistan improving significantly through initiatives like the Great Debate.”

The winner of the Great Debate Taha Ahmed from the Aga Khan University said: “I am thrilled to win the Great Debate competition and I would like to thank the British High Commission for organising this event and giving aspiring debaters like me this fantastic opportunity.” The scholarship money for this year’s event has also been increased with the winner and runner-up winning £3,000 and £2,000 respectively.