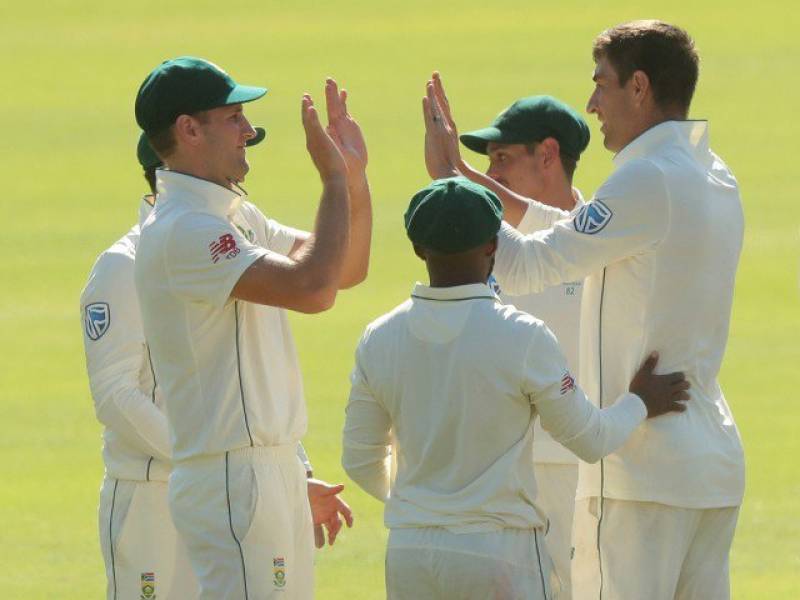 JOHANNESBURG - South Africa on Monday defeated Pakistan by 107 runs in the third and final Test match of the series at the Wanderers Stadium in Johannesburg.

Chasing a target of 381 runs, Pakistan were dismissed for 273 runs with middle-order batsman Asad Shafiq top-scoring with 65 runs.

Kagiso Rabada and Duanne Olivier claimed three wickets each for the home side.

Attention will now shift to a five-match ODI series, which gets underway at St Georges Park in Port Elizabeth on Saturday.

The Proteas won the Test series 3-0.