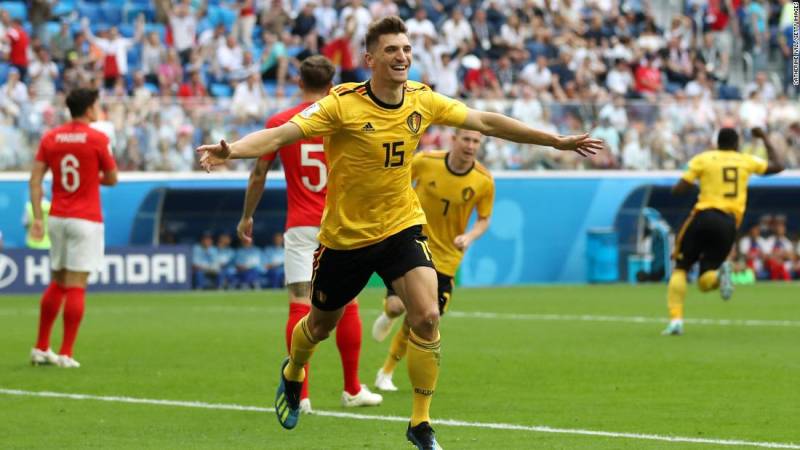 MOSCOW - Belgium beat England 2-0 in the World Cup third-place play-off on Saturday to secure their best ever finish at a World Cup.

England were on top for most of the second half but with captain Harry Kane looking tired, Belgium’s greater sharpness in the final third proved decisive.

Meunier and Hazard scored goals from Belgium side while the British were unable to score a single goal.

Thomas Meunier opened the scoring in the fourth minute and Eden Hazard doubled the lead in the 82nd minute to secure Belgium´s best-ever finish at a World Cup.