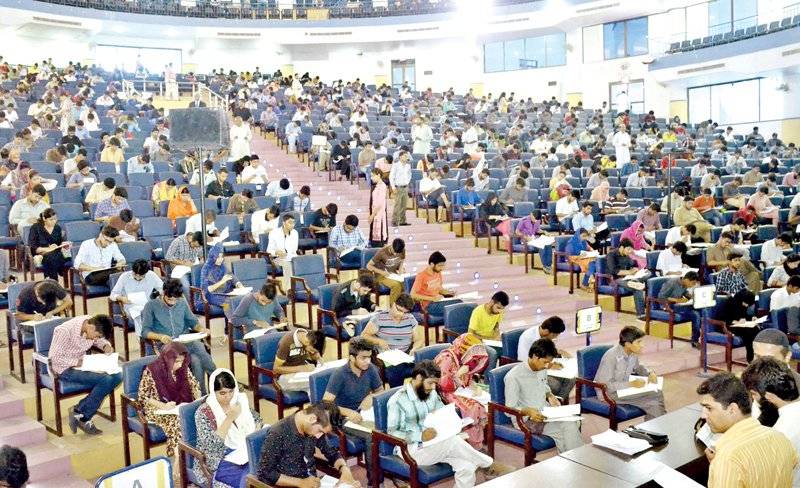 UET established 13 test centres in different cities of Punjab including Lahore and Islamabad to facilitate maximum students. Among 46,000 total students, 13550 candidates appeared in UET Lahore, 3228 in Kala Shah Kaku Campus, 4322 in BZU Multan, 5891 in Islamabad, 5532 in Faisalabad, 2811 in

The result of the entry test is supposed to be declared on Sunday midnight 21st July 2019. While the Answer key will be uploaded on the website at midnight of 14 and 15 July 2019 so that students may make self-assessment for their satisfaction.

that merit and transparency have been ensured in the Entry Test however, the number of students is higher than the number of seats in engineering institutions.

He added that UET will discuss with Pakistan Engineering Council (PEC) to increase seats in engineering institutions while resources and other facilities would also be ensured for this purpose.

UET VC thanked the district administration, City Traffic Police and other security organizations for their cooperation.

He said that due to heavy rain in the city, a little bit of anxiety was created but by the grace of Allah Almighty, the test did not delay or postponed.

Moreover, the duration of the test was 100 minutes. For the guidance of candidates, Information Desks were also established and the volunteers from UET students' societies provided their services to facilitate the students on Information Desks. Registrar UET Muhhamd Asif, Public Relations Officer Dr.

Tanveer Qasim, Convener Admission Committee Dr Muhammad Ali Maud and other faculty members were also present on this occasion. Special arrangement for waiting area and availability of water were also made for parents of candidates.

During the test, Parents were found while seeking prayers for the success of their children.

Later, after the test, City Traffic Police made special arrangements for the smooth flow of traffic around the area. Additional deployment of Wardens was made to tackle the traffic mess.