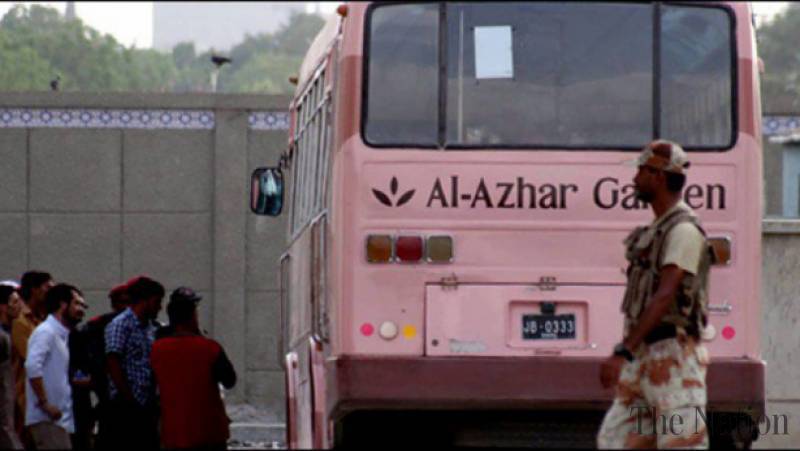 KARACHI (Web Desk) - Investigations from the arrested suspects of the Safoora massacre case revealed that planning for the brutal attack took place at a restaurant. The prime motive of the terrorists was to draw international attention.

According to new disclosures, the group comprising 15 terrorists executed the gruesome killings of innocent people.

None of these terrorists knew each others names or residential addresses and not a single one of them used cell phones.

According to the original plan, the terrorists had to carry out the attack one day earlier, but they had to postpone it for the following day after they failed to reach the spot fixed for executing the plan on time and the bus they were to target had moved past that point.

The following day eight terrorists took part in the execution of the plan. Four of them aimed and fired their guns inside the bus.