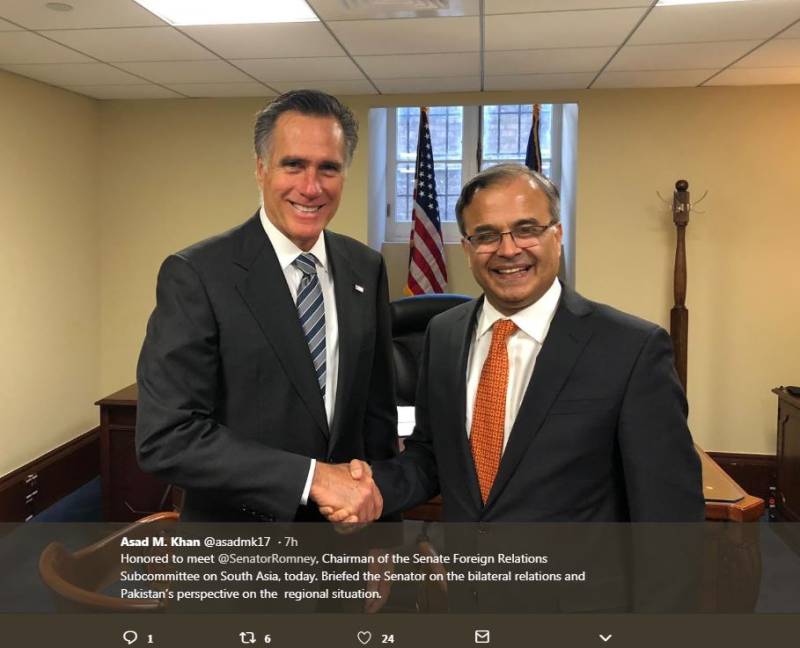 WASHINGTON - Pakistan's Ambassador to the United States (US), Asad M. Khan said that lasting peace and stability in South Asia would remain elusive as long as India continues to deny the people of Occupied Kashmir their legitimate right to self-determination, the Radio Pakistan reported.

Honored to meet @SenatorRomney, Chairman of the Senate Foreign Relations Subcommittee on South Asia, today. Briefed the Senator on the bilateral relations and Pakistan’s perspective on the regional situation. pic.twitter.com/DjHCtvk7t0

The Ambassador briefed the US Senator on regional situation in the backdrop of recent tensions between Pakistan and India.

He said the restraint and maturity shown by Pakistan's leadership, highlighted by Prime Minister Imran Khan's decision to release the Indian pilot was critical to de-escalating the situation between the two countries.