Why you should stack copper coins on your laptop 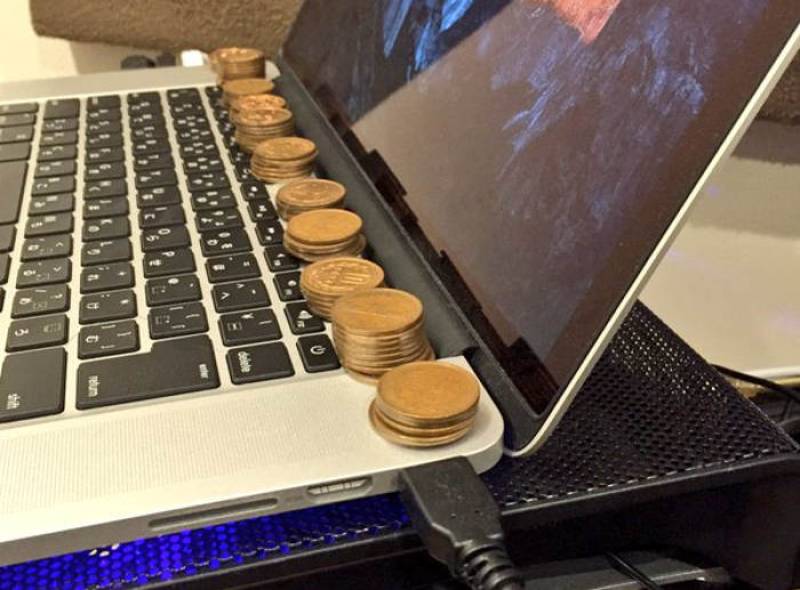 Screen addicts who spend most of their time in front of their Laptops must often deal with the risk of overheating machines. They can rest easy now, with this weird but simple trick to keep their laptops cool without the use of additional fans.

Akinori Suzuki, a guy from Japan tweeted an image showing how he managed to ease his MacBook Pro’s overheating troubles by lining up 10 yen coins along the top of the laptop. He explained that the copper coins acted to dissipate the heat.

He added that the 10 yen Japanese coin was a particularly suited to this trick as it is composed of about 95 percent copper.

Suzuki harnessed the high thermal conductivity of copper that allows for a faster transfer of heat away from the computer’s plastic casing.

Britons who want to cool down their laptops must go with  £1 coin which is comprised of 70 percent copper, while Aussies can place any coin as all of their coins have high copper content. And for those in the United States, quarters, nickels and, $1 coins will serve the purpose.