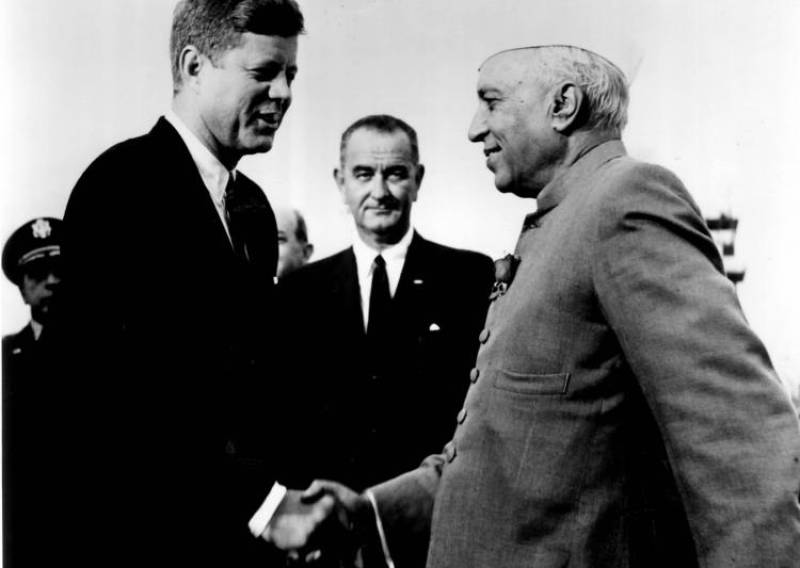 NEW DELHI (Web Desk) - While Indian Prime Minister Narendra Modi is making desperate efforts to earn global support to become a member of Nuclear Supplier Group (NSG), India's former Foreign Secretary Maharajakrishna Rasgotra has claimed that if New Delhi had accepted an offer from Washington in 1964, the country would have obtained NSG membership even before China.

According to India TV, then United States President John F. Kennedy wanted India to become the first South Asian nuclear state and to this effect he had offered former Indian Prime Minister Jawaharlal Nehru the opportunity to detonate an American nuclear device from a tower in Rajasthan desert.

"As a result India would have not only gained NSG membership but could also become the first nuclear power of the region," said Rasgotra, who believes that the bomb would have been a significant deterrant against Chinese aggression at the time.

"The 1962 war against China and 1965 war against Pakistan might have not occurred [if India had a nuclear bomb]," Rasgotra said while speaking at the release of his new book "A Life in Diplomacy."

However, according to him, Nehru rejected the American offer after a brief discussion with with Dr Homi Bhabha and GP Parthasarathy.

"United States was fully aware of Nehru's opposition to nuclear tests, but still they wanted India to become a nuclear power instead of China in 1964, that is why President Kennedy sent a handwritten letter along a note from the chairman of the US Atomic Energy Commission," the former foreign secretary said.

In the letter, the United States had also stressed that China’s test would spell a direct political and security threat for Nehru’s government and Indian security, writing that "nothing is more important than national security".

Despite its overtures, however, the US government did not succeed in convincing Nehru,