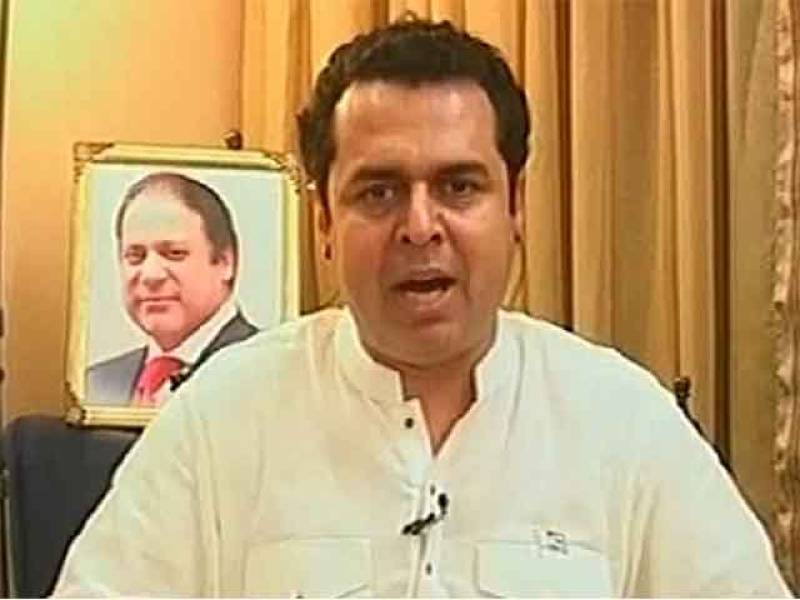 ISLAMABAD - The Joint Investigation Team (JIT), probing the assets of Sharif family is facing great criticism from leaders of ruling party and those who are being probed, but a PML-N leader has now charged the team with cyber crime.

PML-N legislator Tallal Chaudhry, known for being outspoken,claimed that JIT had committed cyber crime by leaking photo of Hussain Nawaz, son of Nawaz Sharif, sitting in an interrogation room.

Speaking at a current affairs programme on Geo TV, Aaj Shahzaib Khanzada Kay Sath, Chaudhry said that JIT itself confessed that photo was leaked, adding that it is a cyber crime.

He further said that there were no impediments to investigation in Panama case, adding that the JIT would seek further time from the court by giving such excuses.

However, it is still a mystery who leaked the footage from inside the interrogation room as it makes the JIT susceptible to speculations over its credibility and arrangements of security. It is very likely that someone from inside the building leaked the footage as an outsider doesn’t have any access to such data amidst the strict security arrangements.

After photo went viral on social media, Hussain Nawaz on June 7 moved the Supreme Court seeking formation of a commission to investigate the leak of his picture as he sat before the JIT team.

The petition filed through Khawaja Haris stated that there is a need to investigate how a confidential picture was leaked. The counsel also accused JIT members of misuse of power.

On June 12, the JIT submitted a reply after completing its inquiry into the leak of a controversial picture of Prime Minister Nawaz Sharif’s son, Hussain Nawaz, in Supreme Court.

During the course of proceedings, Justice Ejaz Afzal asked the Attorney General of Pakistan (AGP) to review the JIT report in order to launch an investigation against the person behind the photo leak.