“Protection of the Palestinian civilian population”: 120 countries adopt resolution against Israel at UNGA 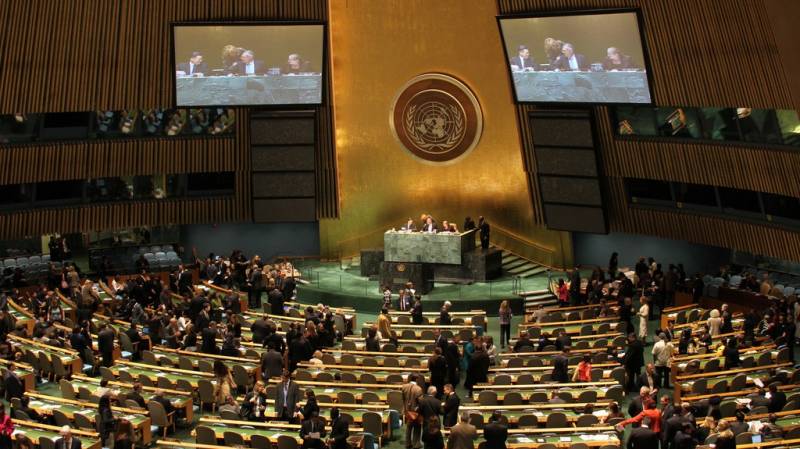 UNITED NATIONS - The United Nations General Assembly adopted a resolution by 120 votes in favour put forward by Turkey and Algeria, with the co-sponsorship of Pakistan and 35 other countries, calling for greater protection for Palestinians, and deploring any use of “excessive, disproportionate and indiscriminate” force by the Israeli military against Palestinian civilians, particularly in Gaza.

The resolution titled “Protection of the Palestinian civilian population” was opposed by 8 while 45 did not exercise voting rights in an emergency session on Wednesday.

The resolution demanded that Israel refrain from such actions and fully abide by its legal obligations under the 1949 Geneva Convention relating to the Protection of Civilian Persons in Time of War. 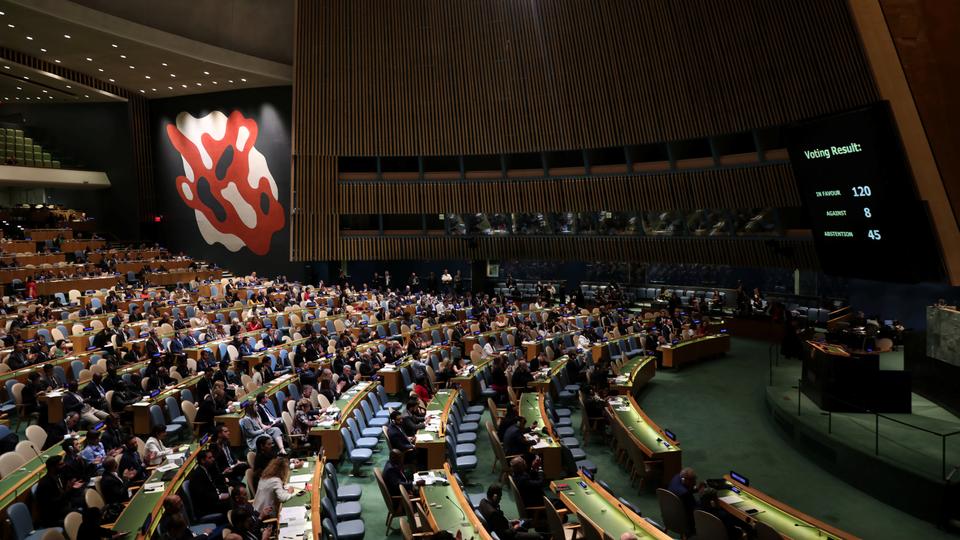 Pakistan’s UN Ambassador Maleeha Lodhi called the vote “a triumph of principle — the principle that Might is not Right”.

“Pakistan co-sponsored the resolution not just to reaffirm our abiding solidarity with the Palestinian people but also to consider practical steps to alleviate the suffering of the Palestinians,” she said in an interview with APP after the session.

The Pakistani envoy pointed out that support for the people of Palestine was a “cardinal principle” of Pakistan’s foreign policy.

Ambassador Lodhi said the resolution focused on and reaffirms the rights of Palestinians in the context of the protection of civilians in armed conflict, and was considered necessary after UN Security Council’s failure to act to protect the Palestinian people.

Wednesday’s session came about after weeks of the deadly violence along the border of the Gaza Strip“ the Palestinian enclave blockaded by Israel“ where hundreds of thousands of Palestinians participated in “the Great March of Return” protests, beginning at the end of March.

More than 120 Palestinian civilians were reportedly killed by Israeli forces while participating in the protests against Israel’s years-long blockade.

The resolution also deplored the firing of rockets from the Gaza Strip into Israeli civilian areas” and any actions that could endanger civilian lives” and called for urgent steps to ensure an immediate, durable and fully respected ceasefire, as well as for the exercise of maximum restraint by all parties.

It requested the Secretary-General to submit a report in no later than 60 days, outlining proposals on ways and means for ensuring the safety of Palestinian civilians, including on an international protection mechanism.

Interestingly, the resolution was accepted after a United States-sponsored amendment, that would have condemned Hamas for repeatedly firing rockets into Israel and inciting violence along the boundary fence was rejected by a vote of 78 against 59 in favour, with 26 abstentions.

Algerian Ambassador Sabri Boukadoum, representing Arab nations, first sought to block a vote on the U.S. amendment, saying it wasn’t relevant to the resolution, however, his motion to take “no action” on the amendment was defeated by a vote of 59-78, with 26 abstentions, allowing the U.S. amendment to be put to a vote.

The U.S. motion was approved on a 62-58 vote, with 42 abstentions. But General Assembly President Miroslav Lajcak declared that under an assembly rule, a two-thirds majority was needed so the amendment failed.

U.S. Ambassador Nikki Haley appealed, citing another rule that says only a majority vote was required. After a short break, Lajcak then put the U.S. appeal to a vote. The U.S. narrowly lost that vote 66-73 with 26 abstentions.