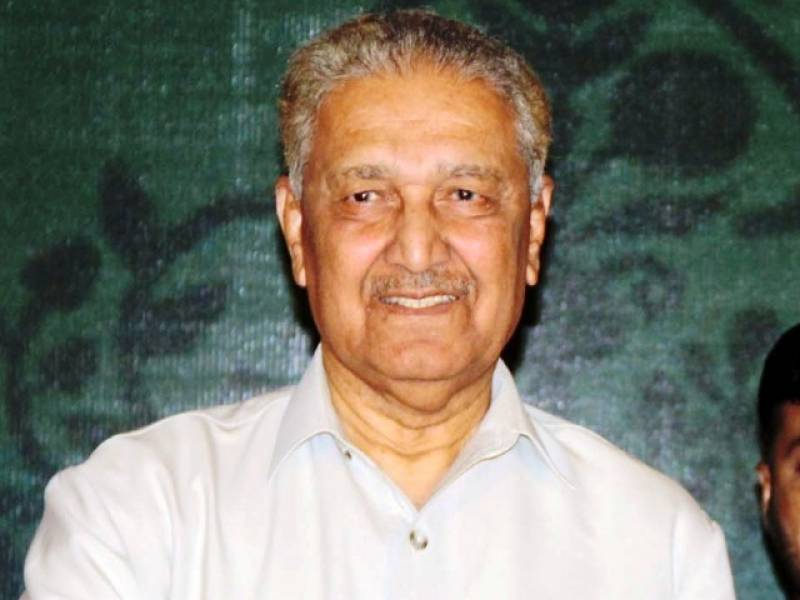 KARACHI (Web Desk) - The family of Pakistan's veteran nuclear scientist Abdul Qadeer Khan has been named in the Panama Papers.

The company named was registered as Wahdat Limited in the Bahamas on January 21, 1998 and its owners are listed as Abdul Quiyum Khan of Karachi, AQ Khan's elder brother, Hendrina Khan, AQ Khan's wife, and Dina and Ayesha Khan of Islamabad, AQ Khan's daughters.

Although the names are not part of the data released online by the International Consortium of Investigative Journalists (ICIJ) on May 9, Wahdat Ltd has been mentioned on the ICIJ website as part of a larger database obtained by the group, Dawn reported on Wednesday.

“I have never even heard the name of this company,” A.Q. Khan told Dawn over the phone.

“My brother, who died a few years ago, was with Habib Bank and, as you know, bankers are always up to their tricks,” he said without mincing words. “My wife and daughters never signed any documents to create this company. The signatures (on the incorporation paperwork) are surely false. My brother never discussed it with me and my family only heard about this company after the Panama Papers release.”

It is not clear what the documents in the larger ICIJ database reveal about the activities of the company since ICIJ has not released them publicly. According to at least one person who has examined the documents but declined to share them, there is neither any evidence of movement of funds nor any information regarding bank accounts owned by the company.

Further public disclosure of these documents will clarify this.

Earlier in 2004, Dina Khan’s bank accounts in the UAE were frozen on the request of the US government. US government cables leaked through Wikileaks described three conversations between the governor of the UAE’s central bank and an official from the US Treasury Department, in which the governor was quoted as saying: “I personally recommend that Dina Khan be eliminated from the list [of people whose accounts have to be frozen due to links with WMD proliferation] because there is not enough evidence to justify continuing the freeze”.

The request was denied. The last cable relevant to the case in the Wikileaks is dated Jan 2010. Dina Khan's accounts still remain frozen.

Abdul Qadeer Khan was at the centre of a massive global nuclear proliferation scandal in 2004. In a series of dramatic developments, he was accused by then army chief and president Pervez Musharraf of running a rogue proliferation network for nuclear material. Shortly after Musharraf’s announcement, a recorded confession by Khan was aired in which he took sole responsibility for all the nuclear proliferation that had been revealed.

Dr Khan has been under house arrest ever since 2004, although he continues to move freely, make phone calls, receive visitors and write regularly for a newspaper. He told Dawn that his daughter had returned to Pakistan from the UAE following the appearance of her name in the Panama Papers.