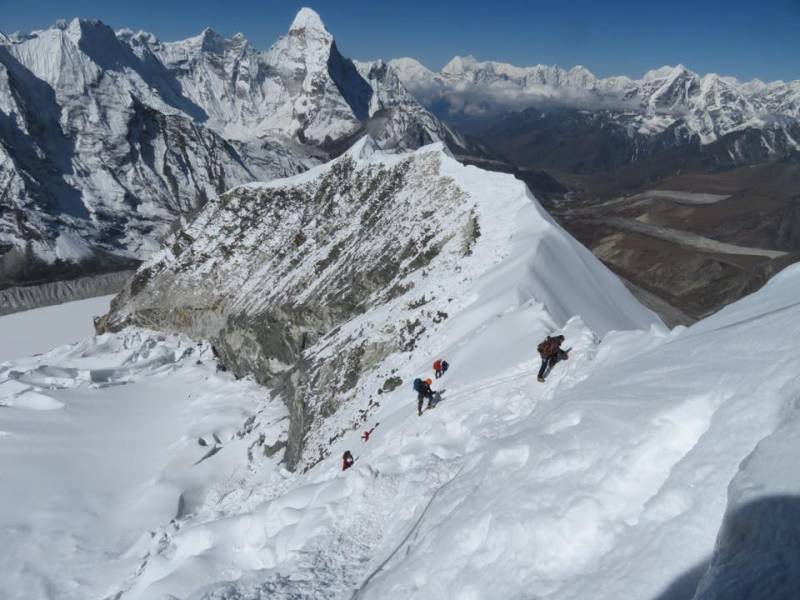 HUNZA – A young climber from Pakistan has registered his name in the history after scaling Mount Lhotse, the world’s fourth highest peak, in Nepal.

Sarbaz Khan reached the 8,516-metre high summit at 9:47 am on Tuesday, the The Himalayan Times reports.

Khan achieved the feat along with a 12-member team of climbers. Likewise, Christina Flampouri has become the first Greece woman to climb the 8,516-meter high summit.

According to the Department of Tourism, over 92 climbers from 10 different teams have obtained climbing permits for Mt Lhotse this spring season.

KATHMANDU - Nepal has introduced new rules under which solo climbers have been banned from scaling the country’s ...