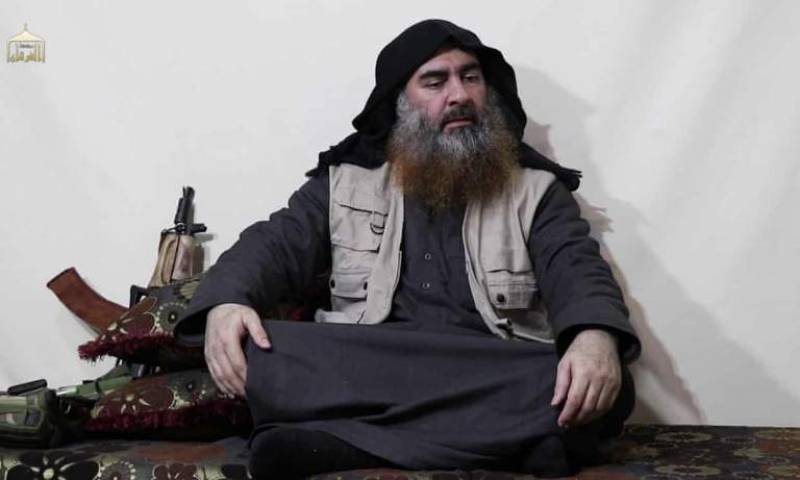 KABUL - The leader of militant ISIS, Abu Bakr al-Baghdadi may be hiding out in a remote region of Afghanistan after fleeing middle-east, according to a famed Pakistani security expert.

The ISIS chief is believed to have fled Iraq or Syria where the group faced debacle to join the Afghanistan faction where other leaders have also gathered; the Afghanistan offshoot is termed Islamic State- Khorasan Province or simply IS-KP.

The expert Zaid Hamid, a founding member of the BrassTacks threat analysis think tank, also wondered whether a recent video of Baghdadi was filmed in Afghanistan.

In a series of tweets, Hamid claimed to have unearthed the plans of the group adding that the US needed ISIS in Afghanistan.

8.
US needed ISIS in Afghanistan for another reason as well. To act as counter balance to Afghan Taliban. Also, these "ISIS" would be used against Pakistan, against Iran, against China & in Central Asia against Russian interests.
ISIS in Afg clearly suits Israel, India & US..

The expert also gave reasons to bolster his claims about the presence of Baghdadi in war-battered Afghanistan.

7.
Remember this..NO Afghan will give his allegiance or loyalty to any Arab living in Syria or Iraq, even if he claims to be god himself...
Afghans are very tribal people. Very self centered & only trust their own kind & leaders.
So, the "Afghan ISIS" are only hired assassins.

Zaid Hamid's claim disputes the one made by Husham al-Hashmi, an Iraqi expert in extremist groups, who believes al-Baghdadi is still Syria or Iraq.

He said his location can be narrowed down to just four locations following his first video appearance.

Speaking with the Rudaw news outlet, Hashmi said: “Iraq since September 2018 through a special cell formed with US Special Operations Command has been monitoring, looking for al-Baghdadi.

DAMASCUS - The chief of the militant Islamic State group, Abu Bakr al-Baghdadi appeared for the first time in five ...

“They have up to now succeeded in eliminating 13 out of 17 possible locations.”

Recently, Baghdadi appeared in a new video - his first public appearance in five years - where he mentioned the Easter bombings in Sri Lanka,  that was widely circulated across Islamist propaganda outlets.